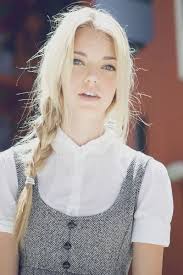 Here are my overall impressions of Finland as well as useful tips for gaming and getting laid with Finnish Women. Overall, I spent a week there during that time I banged four girls (three from Tinder and one from Day game), I wrote up three of those here, here, and here. As well as all my “fail” stories here.  My thoughts on Finland were largely positive. If you want a sea of gorgeous blue-eyed blondes, who are genuinely nice then this is the place for you. On average, the women have a lot lower “bitch-shields”, even the perfect 10s. In fact, people in general are just super nice. The big difference I found between Finland and Los Angeles (my home city), is that people here were genuinely nice, not fake nice. One lady, spent a minute running after me to tell me that she realized the grocery store I asked her about was actually the other way. That would never happen in LA.

I found Finland great for Game and so did almost everyone I met. I was getting SIGNIFICANTLY more matches on Tinder then back in the U.S and the matches I was getting were on average more enthusiastic and easier to schedule. A lot of them were unfortunately genuinely not free to meet until a day or two after my flight out. I truly felt that if I had stayed a few extra days, I could have doubled my lay count. Also, flaking & lateness are essentially not a thing here. You can schedule multiple girls throughout the day and count on them showing up and on time. Furthermore, safety is not an issue so if a girl is sexually interested, there is a good chance she will meet you directly at your place or invite you to hers.

For Daygame, the vast majority of girls will be down to talk to you. Women in Finland were genuinely the nicest I had ever encountered, even the super hot ones. However, they were also the shyest. I quickly realized that the majority of my “blowouts” were actually stemming from shyness and lack of comfort. In Finland, no one looks you in the eye and one of the girls I went out with actually explained this to me in detail, how the “Finnish way” is to always look away. Another interesting phenomenon, I noticed is that the Finnish have the lowest National Pride I have ever seen. It is almost comical. Every single girl would ask “why would you come to Finland”. They weren’t suspicious, just legitimately confused that someone would want to visit their country.

The best part of Helsinki to stay in is Kampii. It is quite walkable and the center is excellent for day game. Essentially unlimited amounts of super hot girls walking around. In addition, this area is walking distance to pretty much everything you need: grocery stores, bars, clubs, restaurants. Unfortunately, it’s not cheap. During the summer, the cheapest one-bedroom Airbnb is still over 60 Euros a day ($72  dollars) and that is far from luxurious. I managed to barter a guy down to 54 Euros for a tiny dingy  “one-bedroom” at the very edge of Kampii and everyone I met thought it was a really good deal. If you are looking for a country where your income gives you good purchasing-power, this is definitely not it

The one thing that annoyed me about Finland was the grocery stores & restaurants. There was a lot less healthy Paleo food then I expected (surprisingly a lot less than Poland) and everything closes super early, with the exception of Nightlife. After 10 pm, good luck getting food. I am a big fan of late night eating so this was annoying. After a few days, I discovered that by far the best store was Stockmans. This is a giant department store, that has an enormous grocery section in the basement, with pretty much everything you could ever want. Significantly better than any of the other chains in Finland…Also, the Finnish love their saunas. Almost, every single house and apartment complex has one. I went to a public one and it was quite an interesting experience…especially dipping into the icy cold sea water

Overall, I think Helsinki is a cool place to visit during the summer (the only time it’s not freezing). It’s quite fascinating to see the “summer sun”. Yes, you can day game for 16 hours. I found the city intriguing. I cant describe it, but I enjoyed the vibe of the city (minus, everything closing before it even got dark). The women are stunning, abundant, and super friendly. On average, the friendliest women I encountered out of all my destinations. It’s a breath of fresh air to approach a perfect 10 and have her act like a 5 would in America. However, not a place I would want to live long term unless I was making A LOT of money.