My Guide to Traveling and Getting Laid In Colombia

As many of you who have been following my blog posts and Facebook group know, I spent 10 days in Colombia: exploring, having fun, and picking up girls. In this post, I will give you an overview on traveling to and gaming in Colombia, as well as all the things I wish I knew before heading there.

Tickets are a lot cheaper then most people think. I used only 30k of my Chase Sapphire Reserve Points to book a Roundtrip ticket from Los Angeles to Cali, Colombia. That’s it! No other fees or charges.  If you don’t use credit card points to travel you are missing out. I will not go into too much detail about this, because there are a plethora of really good blogs and websites who are dedicated to to this topic. Without points the trip would have been around $450 Round trip

Inside Colombia, flying between cities is extremely cheap $30-$50 one way. Quick warning, be prepared for extremely slow service, lack of organization, and a general sense of “what the fuck is going on” during your time at Colombian airports. 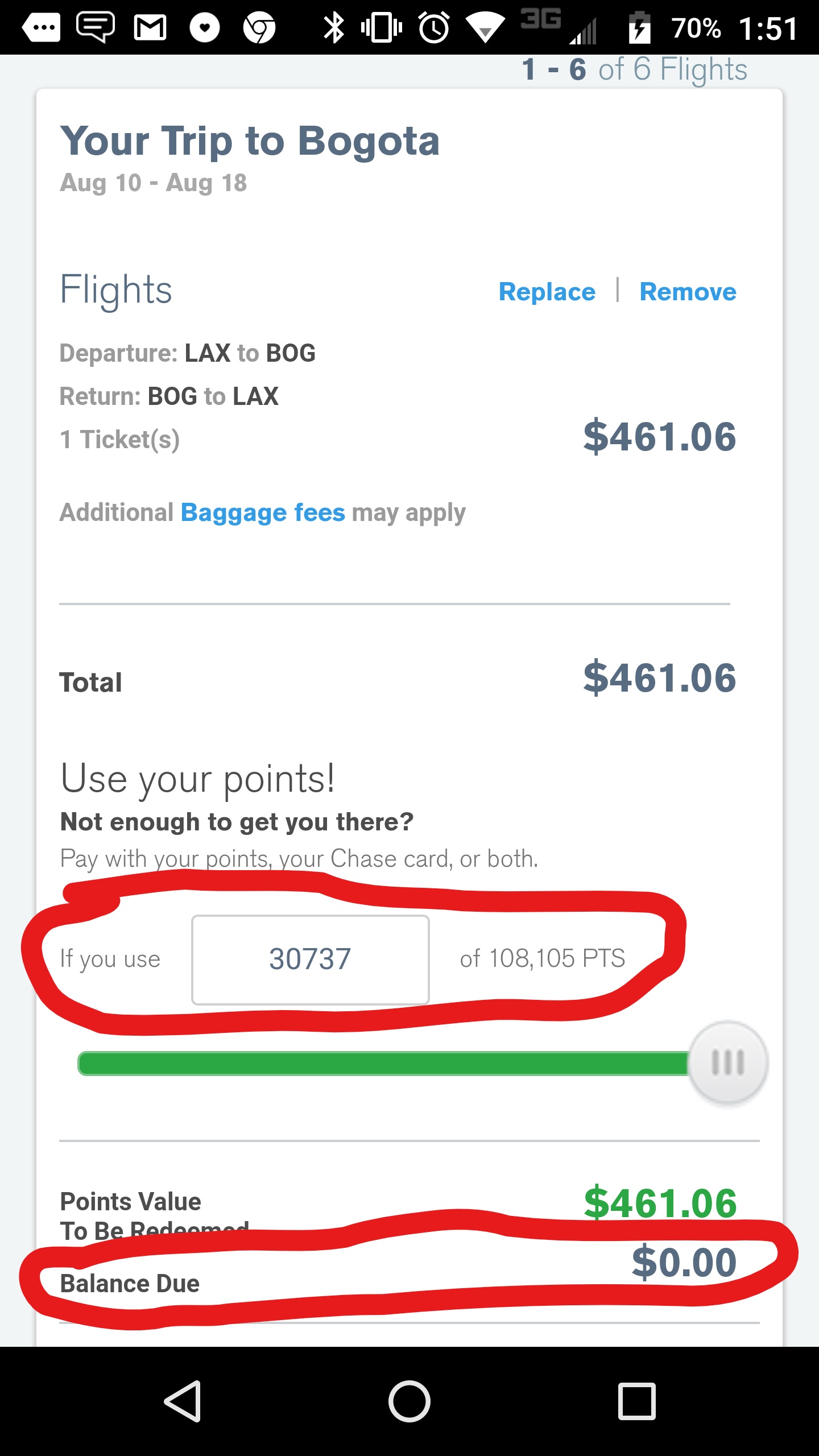 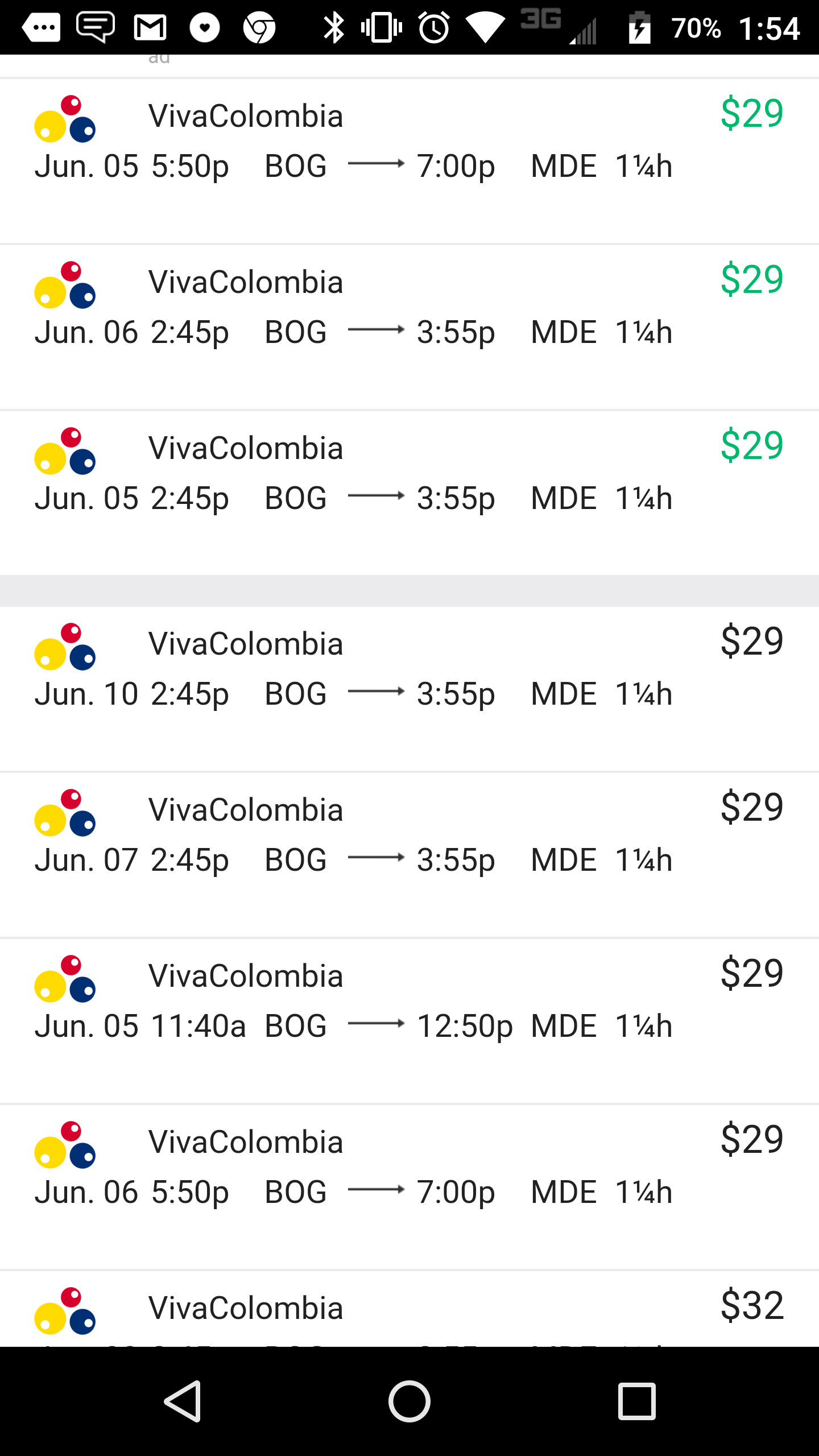 Prices fluctuate significantly between cities. However, overall it is still very cheap. A 5 star hotel in the best part of Cali costs $60 a night and that was with a dope breakfast included. I split that in half with a friend, so each person paid $30 a night, and we had a big suite. Medellin, is a lot more expensive, but still way below anything you would find in America. We had a badass Airbnb in the best part of the city, less then a minute walk to all the clubs and restaurants for $150 total a night (or $75 a person). This place had two floors, two big bedrooms with private bathrooms, big kitchen, air hockey table… and a fucking jacuzzi in the living room. Easily could have fit 4 people and driven cost down to less then $40 a night.

Food, Transportation, and Other Expenses

Like lodging, everything else is also cheaper in Colombia. In the center of Medellin, my buddy and I went to a nice restaurant and got two entrees, drinks, and an appetizer. The total was less then $20. It would’ve been half of that, if were outside of the Tourist Area. An Uber from the airport to the center of the city (40 min drive) might cost $15. You get the picture.

City Breakdown and Chances of Getting Laid

Medellin: By far, the most commonly traveled to city in Colombia. It has gorgeous mountain scenery (similar to Los Angeles), cool sightseeing, and overall the hottest girls in the country (also similar to Los Angeles). That being said, it is far from the best place for getting laid in Colombia. Medellin has a become a giant expat hub and guys from western countries have been going down there to try to score easy ass for over a decade. Due to this overexposure of horny white dudes, it is one of the only places where your skin color will not be an advantage (and might even be a disadvantage at times).

The girls in Medellin are also known for being extremely flaky. Not as bad as Los Angeles, in my opinion, but still quite flaky. About 1/3 of the dates I set up, would go down. Simply put, you are not anything special here. All the hot girls have run into more than their fare share of gringos, a lot which didn’t leave the best taste. Fortunately for you, Colombian guys are even worse.

On the flip side, El Poblado (the hip/modern neighborhood where all the tourists stay) is very safe. I felt fine, walking around at 3am, Tindering away on my cell phone…something that I would never dream of doing in other parts Colombia. Overall, definitely worth a visit, but don’t expect getting laid to be significantly easier than a major U.S City.

Cali: Known as the salsa and coke capital of the world. A lot less traveled by westerners then Medellin, so here you still have value just by being white. Oddly, I saw a lot of stunners at the airport and bars, but not a single one walking around on the streets during the day. Still curious where the fuck they hide. Fortunately, you can meet A LOT of hot girls just from online. Throw in an ability to speak Spanish and dance salsa…you will clean up.

Cali is not a place where I would ever walk around at night, nonchalantly texting on my phone. It feels a lot more “Colombian” in that sense. The best parts of the city are in the North-West and I recommend you stay there. Still feels a bit sketchy at night.

Bogota: I did not visit Bogota. Everyone calls this city extremely ugly (even the locals) and for this reason I had only planned to spend one night there. Due to an incident with the airlines, I had to forgo that plan and spend my last night in Medellin. However, I wish I had gone. I was getting 7s and 8s from Bogota messaging me on Tinder and ColombianCupid the whole time I was in Medellin. They were legit too. I chatted with a few on WhatsApp, one was actually thinking about flying down to Medellin to stay with me for a night. It seems that due to its reputation as being ugly, most of the westerners skip this capital and as a result you will have a lot of value there. Easily felt like I could fuck 1-2 new hot girls in Bogota every day, with minimal effort

Other Cities: Colombia is a big country, with a lot more cities. However, I don’t have any experience with them. I will say that I was getting hit up by a lot of 8s and 9s from some of the smaller cities. This goes along with what I have heard. Westerners never visit the smaller cities and as a result the small percentage of local girls who want to fuck a foreigner, have never had their chance.

Best Way to Get Laid in Colombia (Aside from Prositutition)

Aside from prostitution, Tinder and other dating apps are hands down the easiest way to get laid in Colombia. Night game in Colombia is very social circle oriented. Girls go out in big mixed groups and the scene is much less of a “free for all” like it is in Western bars/clubs. Another issue is that a lot of the girls you will meet are working (i.e., escorts). This was especially prevalent in the touristy part of Medellin. Unlike in Vegas, I couldn’t tell right away by their clothes, either. Day game is better, but you need to know Spanish. Fortunately, this wasn’t the case with online.

Colombia has Tinder and ColombianCupid. That’s pretty much it. I banged 5 girls during my 10 days in Colombia and all of them were from Tinder. ColombianCupid is legit though, lots of real and very attractive Colombian Women. 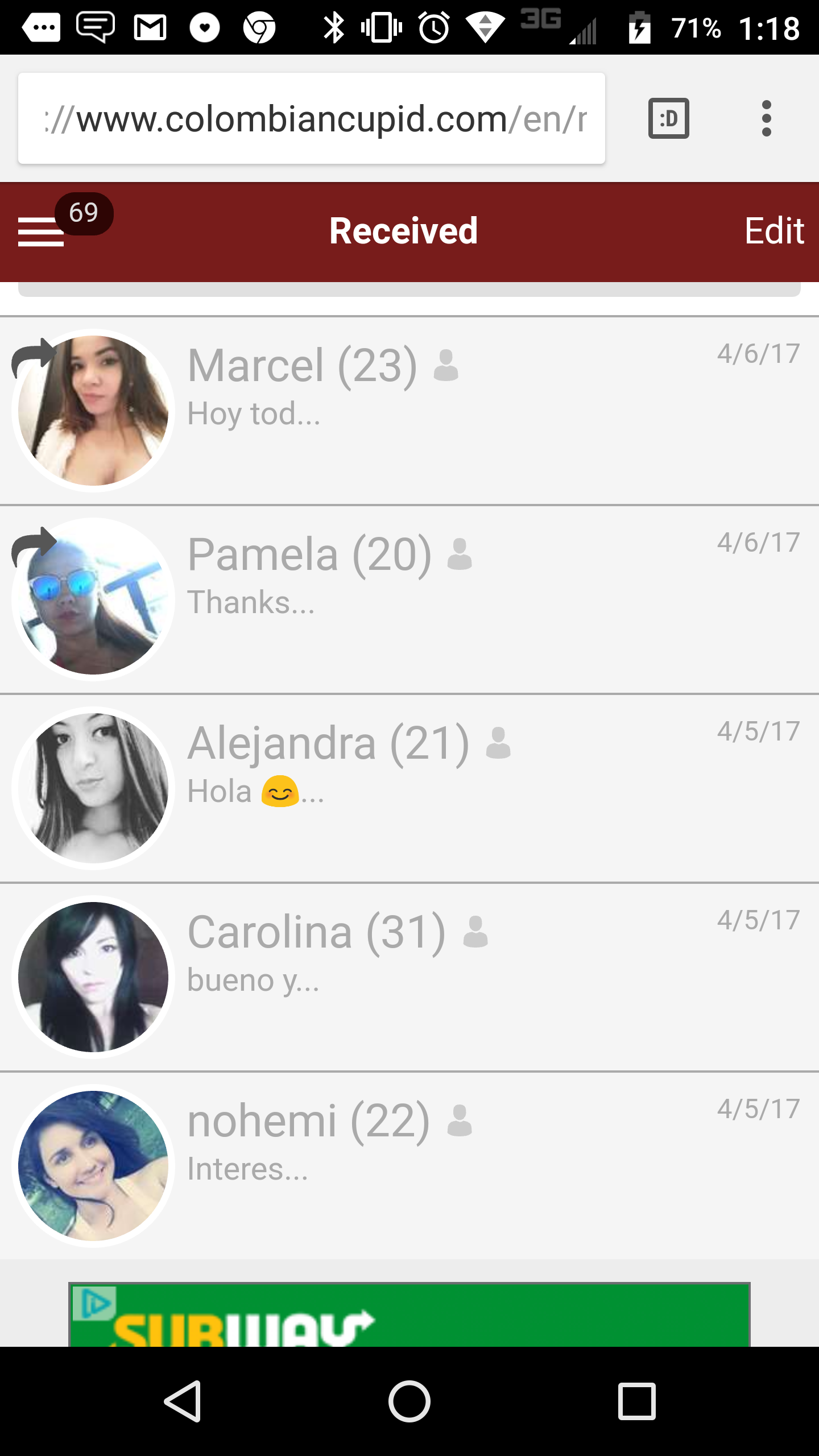 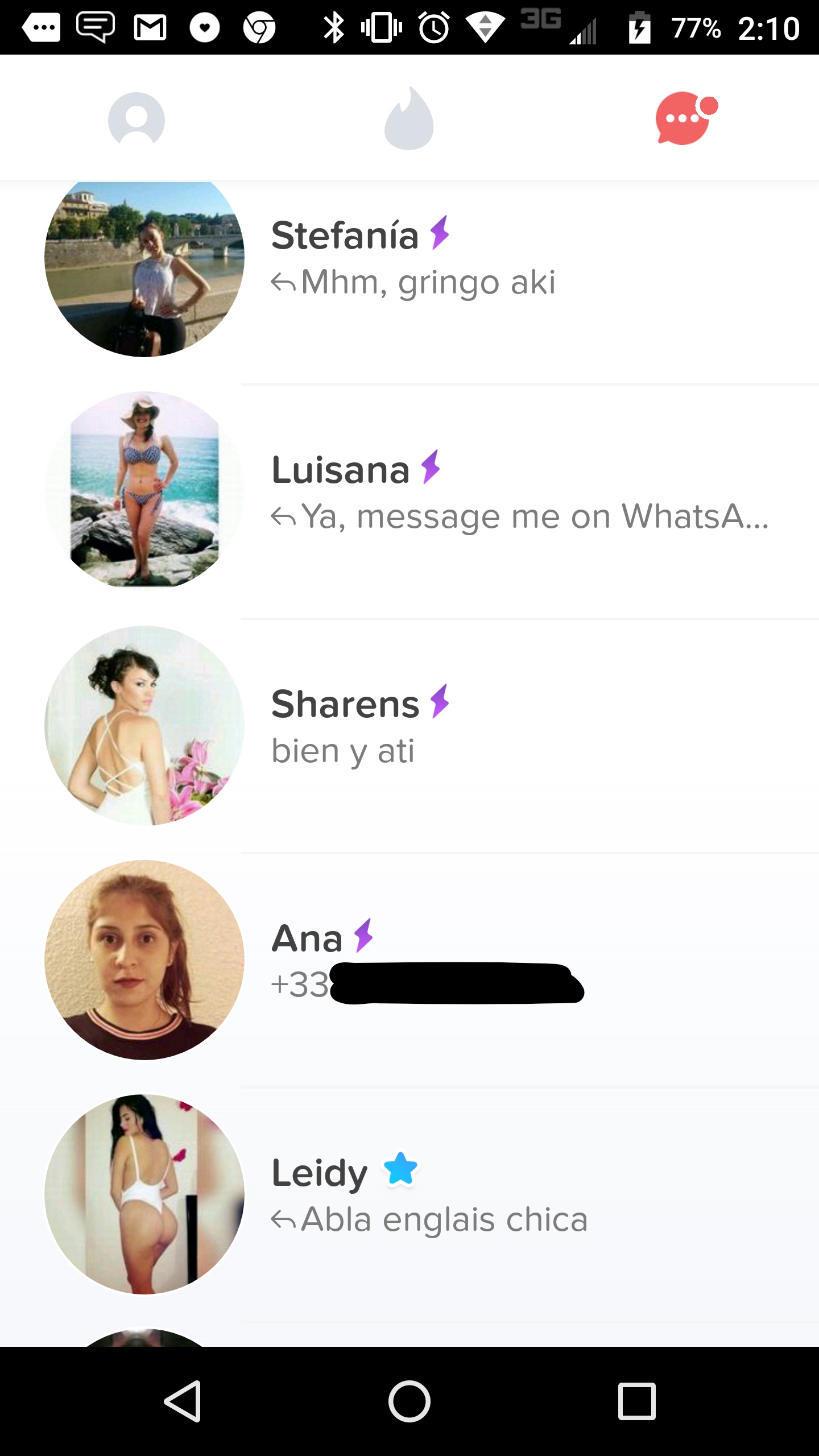 If you go through my field reports during my time in Colombia 1, 2, and 3 , you will see that they are quite different than the rest of the ones on the site. One of the girls I hooked up with summed it up pretty well. “Colombian girls are just as, if not more, dtf then American girls, but they will deny it a lot more”. I concur. Here are some of the ways this manifests: 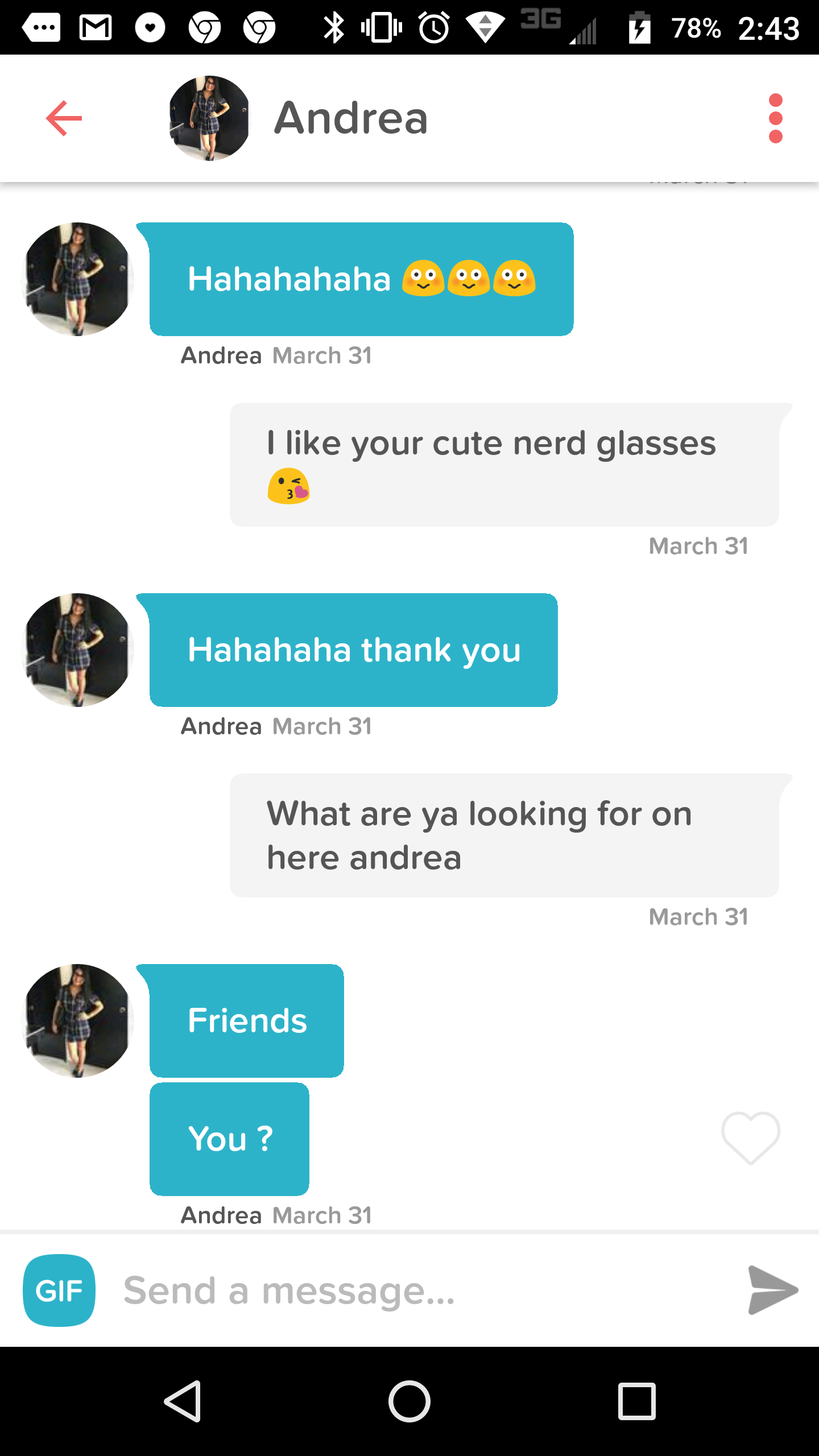 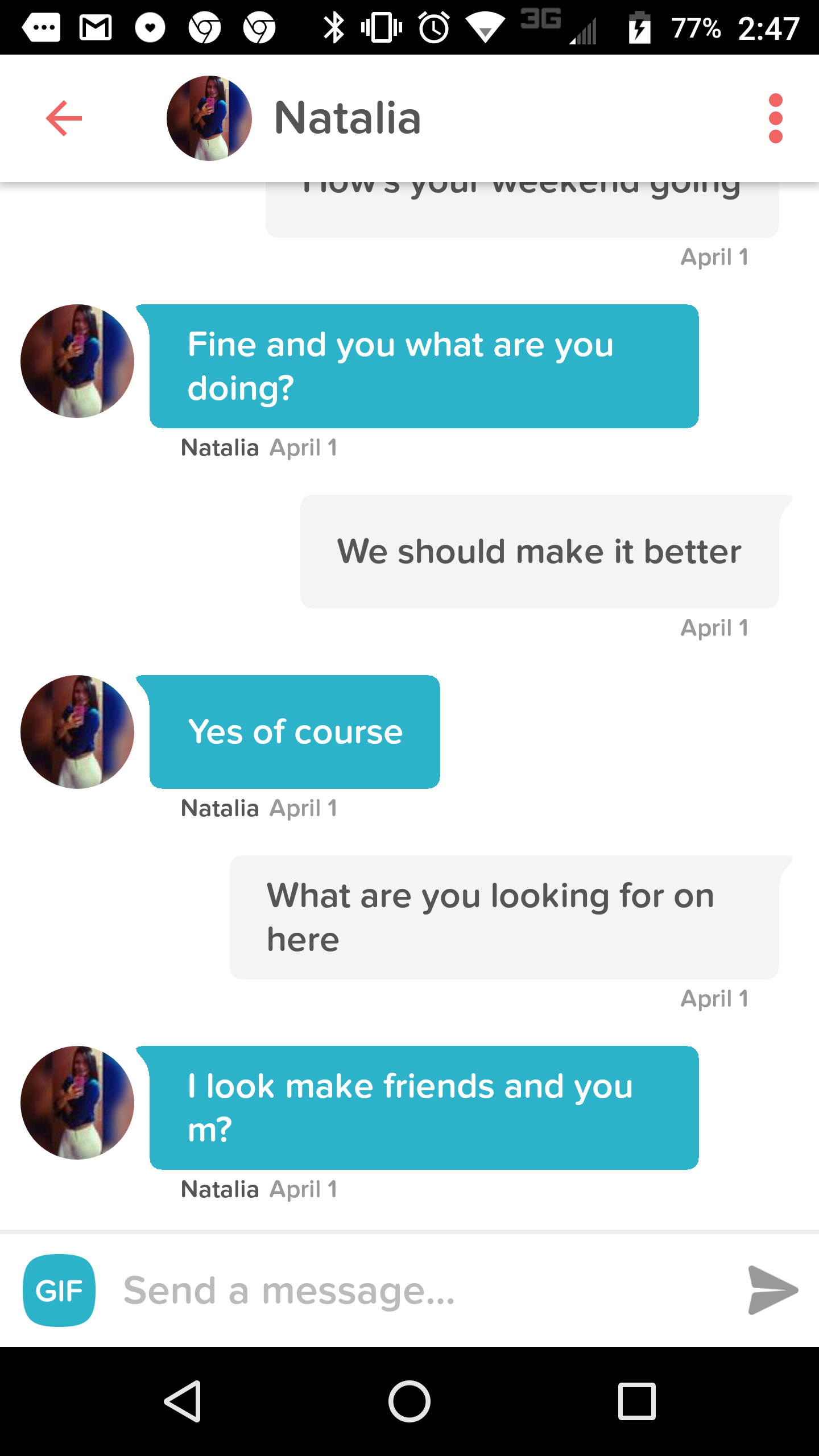 My Recommendations for Flirting on Tinder in Colombia – Be more flirty and funny, rather than overly dominant and direct. Subtly DHV yourself (if you know how to do it properly) by demonstrating knowledge of travel and local culture. Save the sexual escalation for when you meet. Run massive volume and set up multiple dates a day. I would personally do coffee dates, because coffee in Colombia is fucking awesome and I could drink it all day,

Be very, very aware of logistics. I would only do dates that were within a 5 minute walk of where I was staying. Yes that means I had to pass up a lot of dates. That’s ok. There is more then enough girls who will meet you on your terms. A few of the ones, who wanted me to meet them in the middle, wound up ultimately coming to my neighborhood when I put my foot down.

1) Learn Spanish. I banged 5 girls in 10 days, knowing close to no Spanish — so no it’s not a necessity for getting laid. That being said, I could have probably doubled that number and definitely had a better time if I spoke conversational Spanish. I made the mistake of thinking Colombia was like Europe or Cancun where most people speak some level of English. It’s not. Most people don’t speak any English at all. My inability to communicate was constantly annoying me, not just with girls but at restaurants, airports, etc.

2) Get WhatsApp This is the primary means of communication in Colombia. In Colombia, you don’t ask a girl for her number, you ask for her WhatsApp. After using it for 10 days, I have come to prefer it over SMS. It is faster, easier to send pictures and videos. The best part though, is that it give you the option to leave short voice messages, which I grew to love. They can build a lot of comfort very fast

3) Don’t dress like a Gringo If you met me in real life, you would know I dress like a slob 95% of the time. Most of my pickup is done in pajama pants and a food stained t-shirt. In Colombia, this worked against me quite a bit. One of the main, stereo types local girls associate with westerners is that they dress poorly. I can spin vast majority of things in my favor. However, I would recommend you dress nicely and avoid getting stereotyped as a “sloppy american” in the first place

4) Watch out for stupid Colombian cock blocking policies  At both of the hotels that I stayed at, I was met with a not so pleasant surprise when bringing girls back. The first time around, I was stopped and told I have to pay $30 for any visitor to the hotel, even if they were just stopping by for a few hours (Full story here). Aside from that, the front desk guys asked a million questions and this ordeal took at least 10 minutes. Fortunately, the girl was into me and I still got laid despite this. However, if the pull is on shaky grounds, this could be the straw that breaks the camel’s back.

At the second hotel, I didn’t have to pay extra. However, the guy insisted on making a photo copy of the girls ID (full story here). She got robbed a week earlier (something quite common in Colombia) and didn’t have any ID. It took 15 minutes of negotiating before the dude agreed to accept a picture of her ID that she had on her phone. My advice is that in commonly traveled cities, like Medellin, rent out an apartment using Airbnb. In other cities , where Airbnb isn’t as prevalent, call the hotel ahead of time and ask what their visitor policies are.

5) Most girls find Cocaine Offensive. Cocaine is very abundant, cheap, and high quality in Colombia. That being said, a lot of the locals see Pablo Escobar to have been their version of Hitler. They heavily frown on Cocaine use and everything it symbolizes. My advice is to just avoid this topic and hide your baggies.