I am going to take one of my Tinder Lay Reports and break down every message in the interaction. All the way from the Opener…sexting…handling shit tests and objections…to having this girl (personal trainer with an amazing ass) drive an hour to my place for Sex.

My Standard opener. Low Investment, but unique enough to stand out… She Replies back with a low investment response. I make small talk, being careful to match her investment level and use as few words as possible. The key to small talk is to send messages that are very easy to respond to and are equal or less in investment than the girl.

In her response, she invests more, which is a good sign. She also indirectly lets me know that she is not doing anything and might be free to meet up…another good sign.

I answer her question but throw in a playful comment at the end to move the conversation from boring/logical to something more fun.  In my response, I am once again careful to match her investment levels and deliver my statement without writing more than she did. 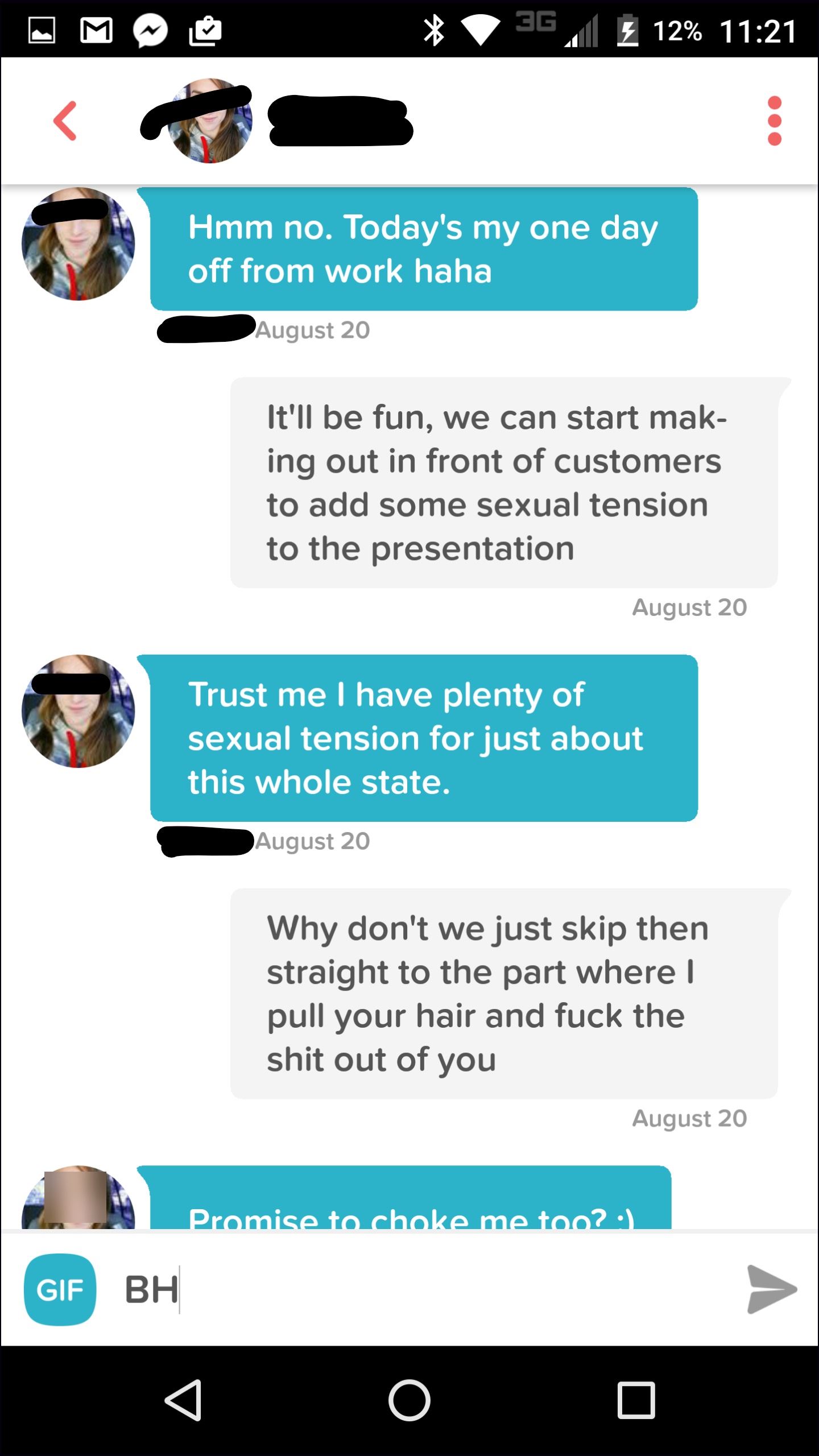 She Responds playfully. In my next statement, I continue with this fictional scenario adding in some sexuality to test the waters. 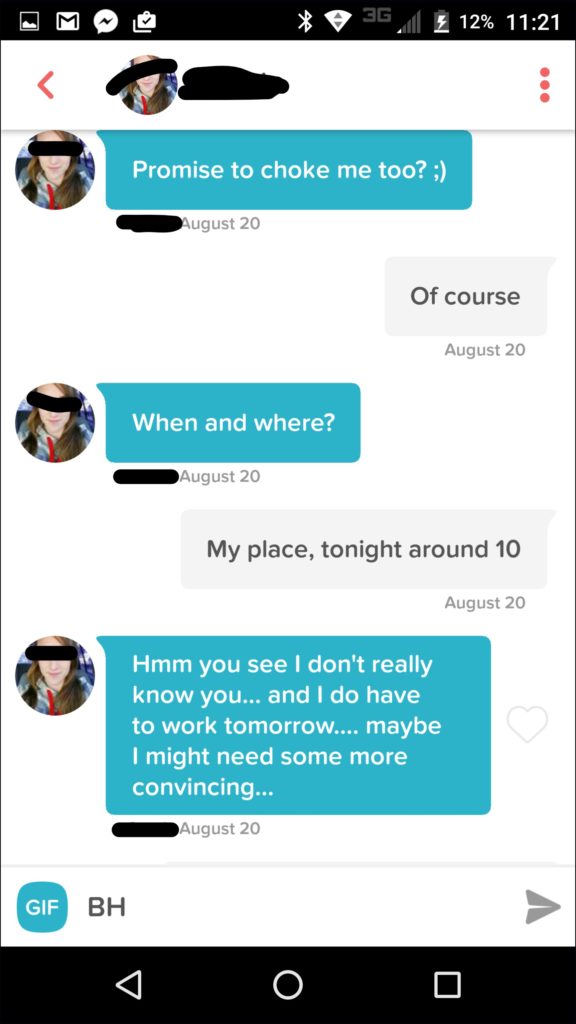 She loves it and says she wants to be choked as well. I have enough interest at this point that I give her a short answer and have her invest more by trying to move the conversation forward. She gives me the response I was hoping for, asking about the logistics of our sexual rendezvous.

At this point, It is established that we will be meeting to fuck so I can invite her straight to my place. This is not uncommon, many girls will come straight to your place if you frame it correctly. She responds with a long text which is essentially a roundabout way of saying she wants to fuck me, but is not sold on the idea of meeting yet and wants more attraction/comfort..and a few concerns that still need to be addressed, as you will see later. 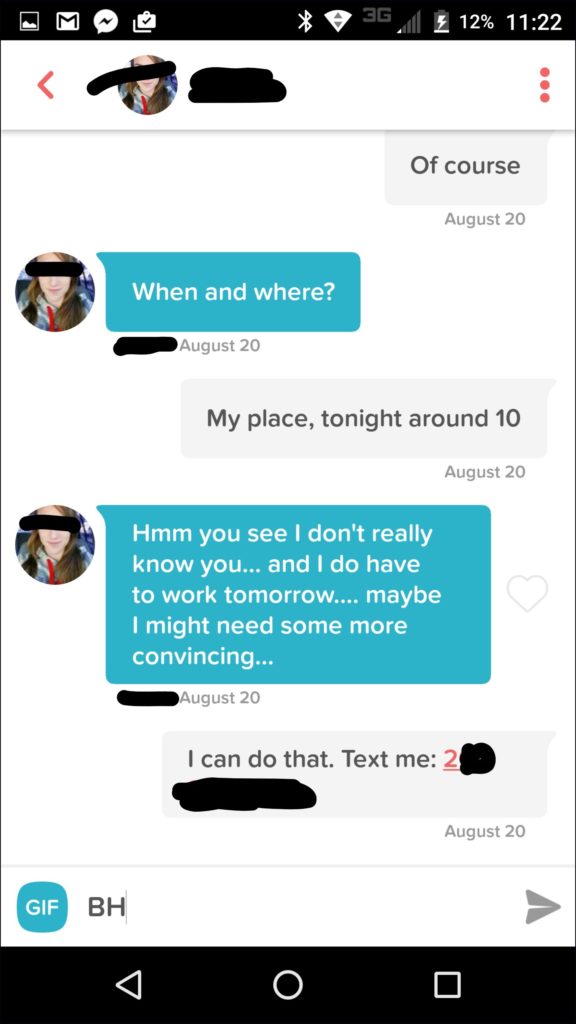 This is the first concern she brings up. Usually, the rule with objections/concerns is to just focus on addressing them and NOT to Escalate. However, in this situation escalating would have been talking about the meetup. The phrasing of the comment lends itself perfectly to transitioning from tinder to text. I acknowledge her statement and tell her to text me, thus making her invest even more… 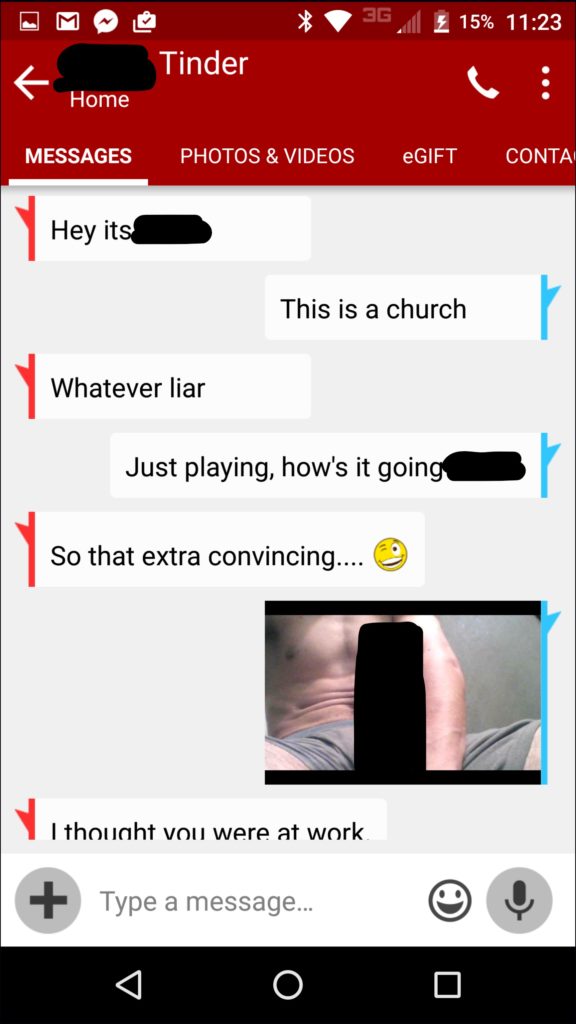 She texts me and I decide to mess with her. It’s a bit risky, but I feel there is enough investment on her part that she will respond back and it will make me seem even less like i care about the outcome and thus more high value….plus it cracks me up.

She responds neutrally/negatively so I know to quickly drop the joke and move to building more comfort. She responds that she wants “extra convincing”. I interpret this as meaning.. send me a sexy pic and so I hit her with a dick pic.

There is a big misconception that there is nothing girls hate more than dick pics. It’s bullshit. Girls don’t like out of context dick pics, which is what most guys do. In this situation, we have already established that we are going to fuck. sexted a bit, and she had twice asked me for “convincing”. The context is fully there. 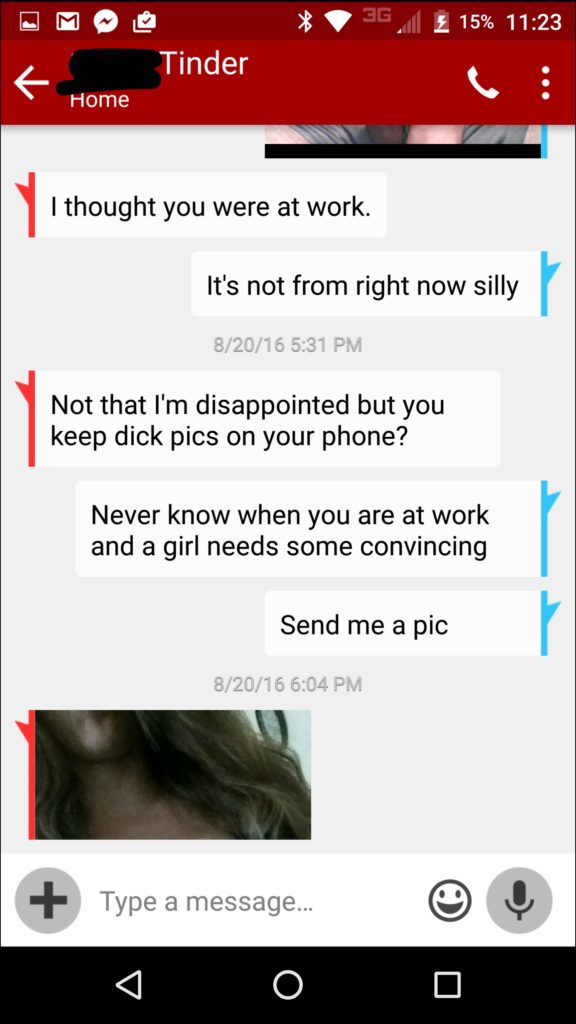 Despite all this, she responds neutrally. This is actually uncommon, given the context most girls would respond a lot more positively to the dick pic.I match her investment levels and respond to her “question”.

She throws me a bit of a shit test, asking why I have a picture of my dick on my phone. I make a joke out of it and flip the script, by asking her for a picture. It is important that I get her to match my investment level. I don’t want to be in the frame where I am actually convincing her to come over. That would make her the buyer and me the seller. The buyer always has the power. I sent her a picture, now it’s her turn. She needs to think that I need “convincing” as well. 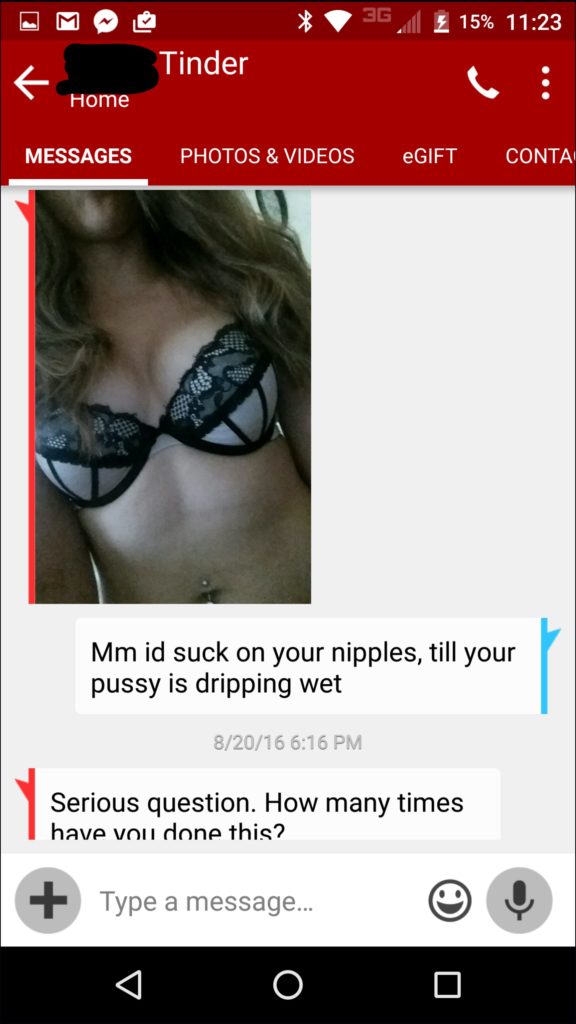 She sends me a picture of her body. I respond with a little dirty talk to spike her excitement level a bit. I make sure to be descriptive so that it turns her on (i.e 50 shades of grey). A little side note here: Dirty talk is one of those things where a little goes a long way…Too much sexting will actually work against you. Think of Leonardo Dicaprio or Dan Bilzerian would they have the time/inclination to sit around and sext for hours. 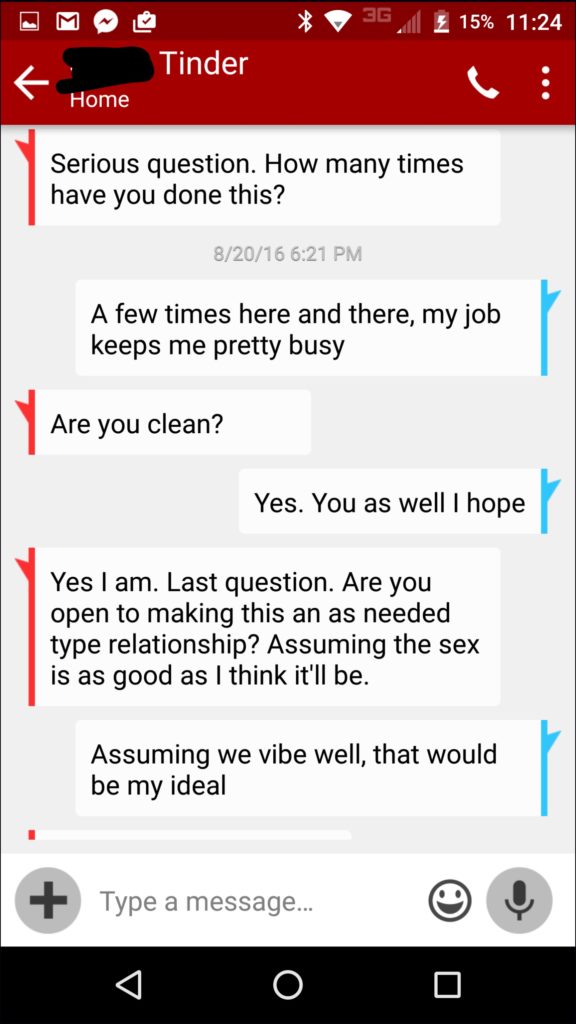 She responds with another logical shit test/ concern. It is a good sign, it means she wants to meet up, as long as I don’t fuck up.  Her concern here is that she doesn’t want to hook up with a “player”. In most girl’s minds, a player is someone who does this full time and is dirty.

I respond nonchalantly, not directly saying yes/no. Instead, I paint the frame of myself as busy working professional who likes to have fun. (this is one of the best and most high-value frames to be in). You want to come off as Christian Grey, not “The Situation”… or even worse a pickup artist.

She responds with another concern. I answer it directly and flip it on her. Again she has to feel like she is selling me on the hookup, just as much as I am selling her.

She follows it up with one more concern. She wants a booty call, not a one night stand. That is actually ideal for me as well, so I answer her question honestly, throwing a prerequisite in there “assuming we vibe well”…this in her mind reinforces the idea of myself as having options and not just being desperate to get laid and saying whatever I think she wants to hear. 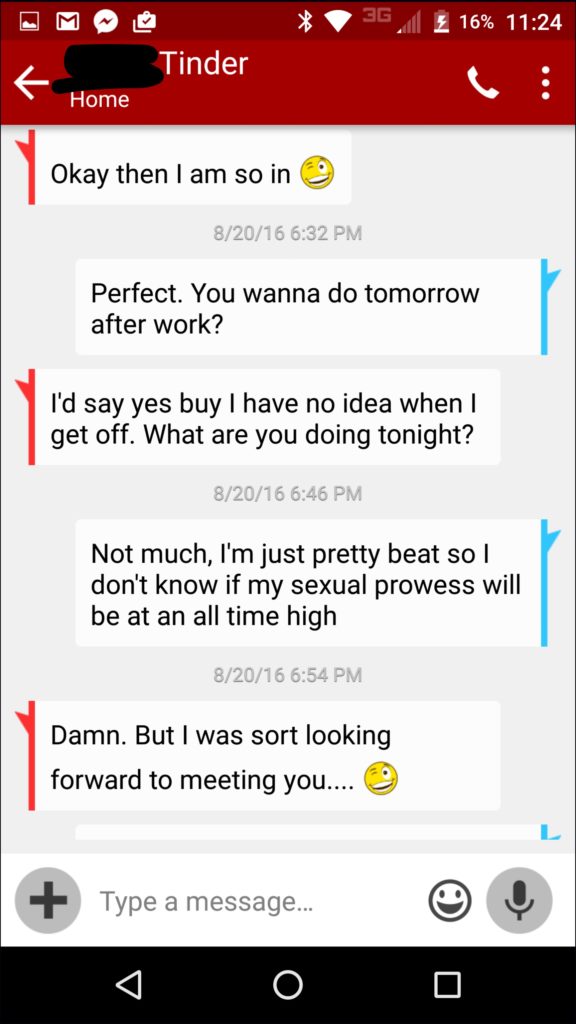 I have addressed all her concerns (not a player, no STDs, not going to fuck her once and never speak to her) and created enough value (busy professional, have options, made her qualify, etc) for her to fully buy in. Now it’s just logistics. 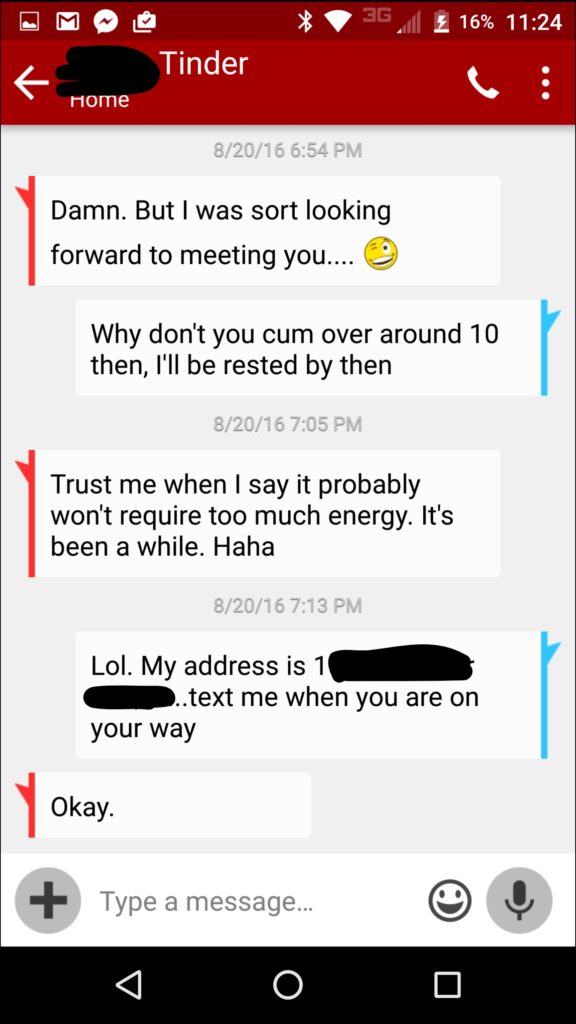 I am legitimately exhausted and try to push it for the following day. She is tentative about tomorrow, hinting that she wants to fuck tonight. It sounds pretty cold, but it can help to think of girls like Sales Prospects. If the client wants to buy now, you risk losing the sale by making them wait. She is hot and I want the sale so I “suck it up” and tell her to come over tonight. Poor me, I know. 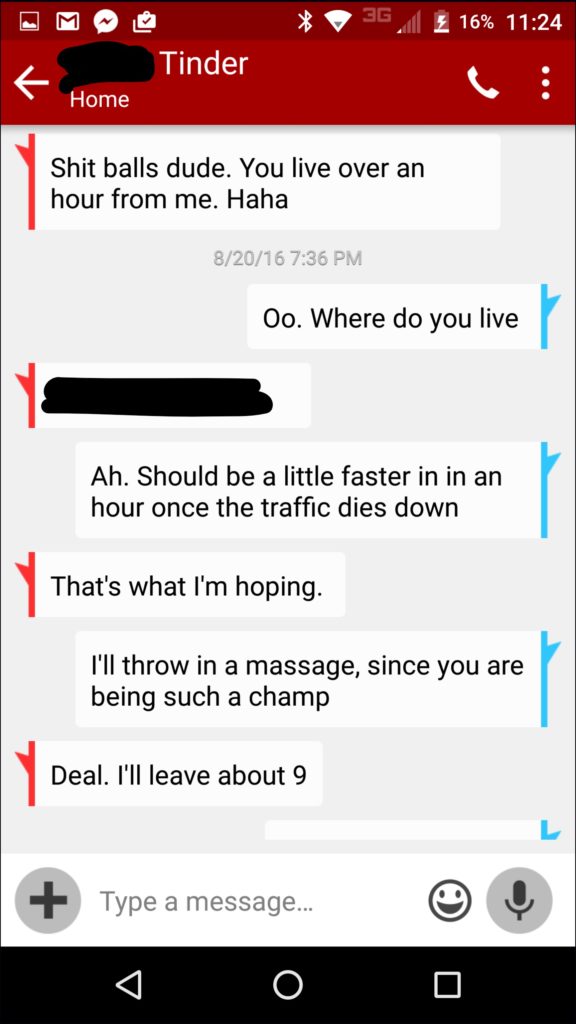 She has one more objection and it is very legitimate, I live an hour from her. This is where making her invest and having built value will help me. Girls will fly across the world to fuck Brad Pitt. Ultimately, it comes down to her perception of my value compared to “the cost”, which for her is driving one hour in shitty Los Angeles Traffic. If the drive had been 2 hours, I doubt she would have done it as “the cost” would be too high.

I acknowledge her objection and put a positive spin on it, saying it should be faster once the traffic dies. I also say I am going to “give her a message since she is being a champ”… Here I am acknowledging her concern, and make it seem like I am giving her a “better deal” in a joking/ non-desperate way. 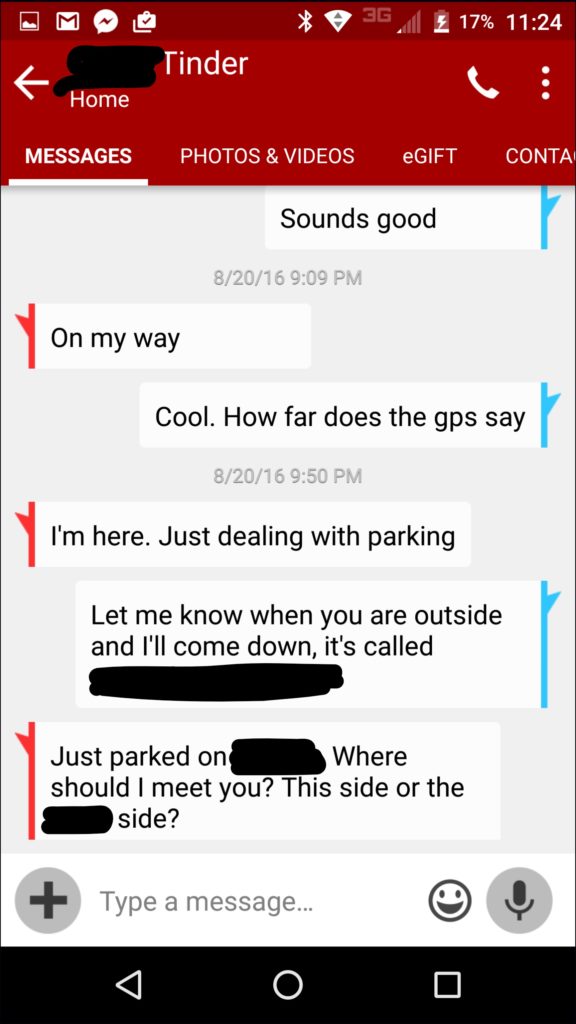 All the work is done. The last few texts are just coordinating logistics. She meets me at my apartment building. She looks hotter than her pictures and I am very pleased. We go directly to my room. A few minutes of small talk and we bang. She is a personal trainer and has a very tight body.. which I enjoy playing with for the next few hours.