I got excited when I saw her Message Pop Up.

She was my type of hot, skinny with curves, and It’s always a good sign when a girl messages you first. About 1/10 of my tinder matches message me first, but over 1/3 of my lays start out with the girl sending the first message.

After a few flirty messages, I send her my standard screening text: “what are ya looking for on here”. She says she is looking for fun and I suggest we meet up. She responds positively “Ok Why not =) When?” This is perfect, it means she might be free that night… Usually, if a girl has a busy schedule, she will mention it at this point.

I indirectly confirm that she is free by messaging her “are you feeling spontaneous”. She doesn’t bring up any plans and I ask her to join me for drinks on my patio at 8…. Even though 9/10 times the girls never see my patio, I try to make the idea of coming over still seem as chill as possible.

She agrees to come over and I ask for her number

Its international, so I put it in my WhatsApp. If you don’t have this App, download it right now. Its the primary mode of communication in a lot of Countries (with some exceptions like China and Japan) and is as solid as a phone number.

I also, google her area code to find out what country it’s from so that I have a good talking point to build some extra comfort. It turns out, I have actually been to her country  (In Central Europe). I share this interesting fact with her in my second message and she responds positively. Travel is one of the best conversation topics… especially with people outside of the U.S.

After a few messages of back and forth banter, I Send her my address. She brings up a possible objection (which I later confirmed to be true), that her uber might not work. I tell a white lie, about having free credits on my Uber account…It seems less try-hard on my end and doesn’t risk making her feel like she owes me something.

The rest of the messages are just logistics. Turns out her hotel is super close and I hurry to clean my room before she arrives. Before I know it, Uber tells me she is outside.

Fuck, she is hot.

Young (19 years old), olive skin, Sexy face and eyes, Athletic body, and very nice curves for her frame. I give her a hug and lead her inside my apartment. I grab the bottle of champagne I had leftover in the fridge, two glasses, and lead her into my room.

My room has only two places to sit (on purpose) an office chair and my bed. I always sit in the office chair and the girls sit on the bed. We have a glass of champagne and chat about Travel. She is a nice, normal, cool girl… Obviously, a tourist from Europe…. I rarely meet girls who are from Los Angeles, that I genuinely like.

After 10 or 15 minutes, there is enough comfort and attraction, that I confidently go in for the kiss. She eagerly reciprocates. We kiss passionately, and I start making my way down her shirt. She stops me for second and shyly says “hope you don’t mind they are fake”….. Not at all, I love fake tits. Her shirt hid them well (Europeans typically dress a lot less sluttily), but she had a set of perfect DDs.

I started kissing and sucking on her Big Tits

She moaned louder and louder. She had an amazing body and I was really enjoying playing with it. A few minutes later, I had a condom on and we were fucking. It was intense and very primal. She was into all the same stuff, I was: biting, choking, hair pulling, slapping, etc…

After going at it for a bit, I added my “back Massager” to the mix. 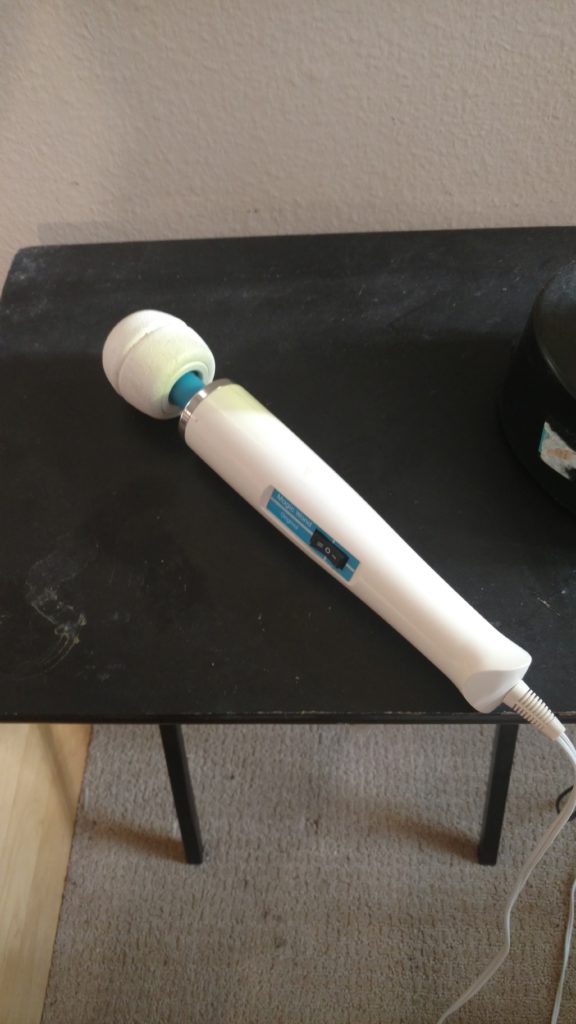 She loved it and it was extremely hot watching her body spasm and her moans get louder as she came.

It was her first orgasm ever.

We fucked again. I just couldn’t get enough of her body.

My second date turned out to be a total letdown in comparison (not worth writing about) and I met up with the European girl the next night. We chilled and fucked for most of the evening/ Unfortunately, it was her last night in America. We had known each other for about 24 hours, but I was already a bit sad to say goodbye, She was super hot and had an awesome personality.

It’s always my luck to meet the girls i like a day or two before having to part ways. Will definitely have to swing by her country, when I travel to Europe this Summer.

How to Get Unbanned from Tinder – Complete Guide

Why These 10 Men’s Photos are Bad for Tinder