Waddup! Today, I’m going to give you guys a reality check, but also an upside of what the current dating marketplace looks like and what you can do about it. I’ll walk you through two recent experiments we did and then compare the results on each side of the coin (men vs women).

In short, it’s bad out there for a man on dating apps. But don’t worry. We’ve put a lot of work into maximizing your odds in these tough times.

Spoiler alert (or not really a spoiler): The modern dating marketplace is definitely stacked against men. So, you have to really focus on maximizing your appearance (SMV) and improving your profile, both pictures and bio. The point of the article is actually giving you an objective stance of what is and what could be.

Girls are naturally in abundance. Why? Most men have the lowest of standards and will swipe right on (and often have sex with) anything. So, girls have tons of options in front of them, and they can get laid anytime they want. We have had a number of podcasts where girls themselves have voiced that it’s difficult for them to find a man to commit to them, meanwhile it’s difficult for most men to get laid in general. The average man in the US will sleep with 6-7 women in his lifetime.

So, simply put, it’s not an equal playing field. To better understand what this looks like, we ran two experiments on Tinder:

First, we created fake profiles for a hot girl and an average girl. Then, we ran a similar experiment with a hot guy and an average looking guy. The full experiment videos are linked here, but you can read on to get a quick sense of what we found.

Here were the results of the hot girl vs. average girl experiment: 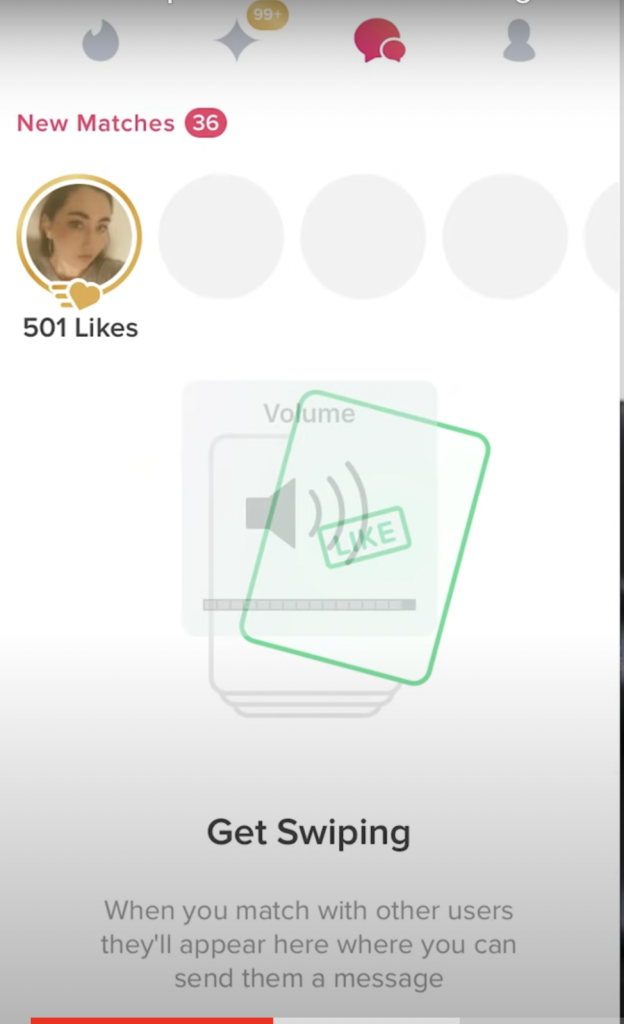 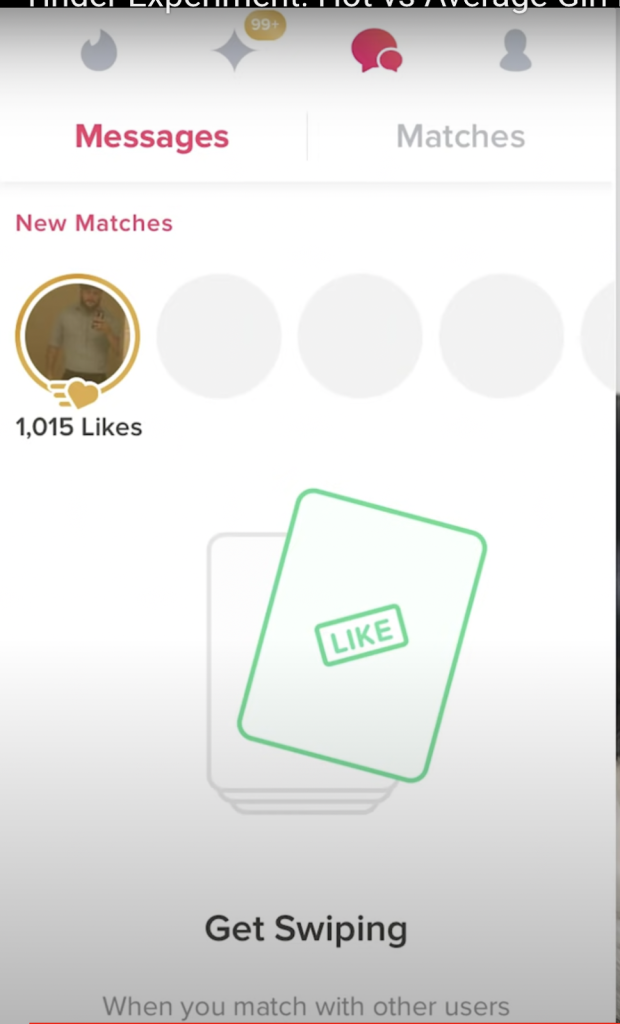 Next, we ran the same kind of experiment for an average looking guy vs a hot guy. We asked one of our booty calls to pick out a hot IG crush they have and we downloaded those pictures, created two different profiles and ran them each for 24 hours 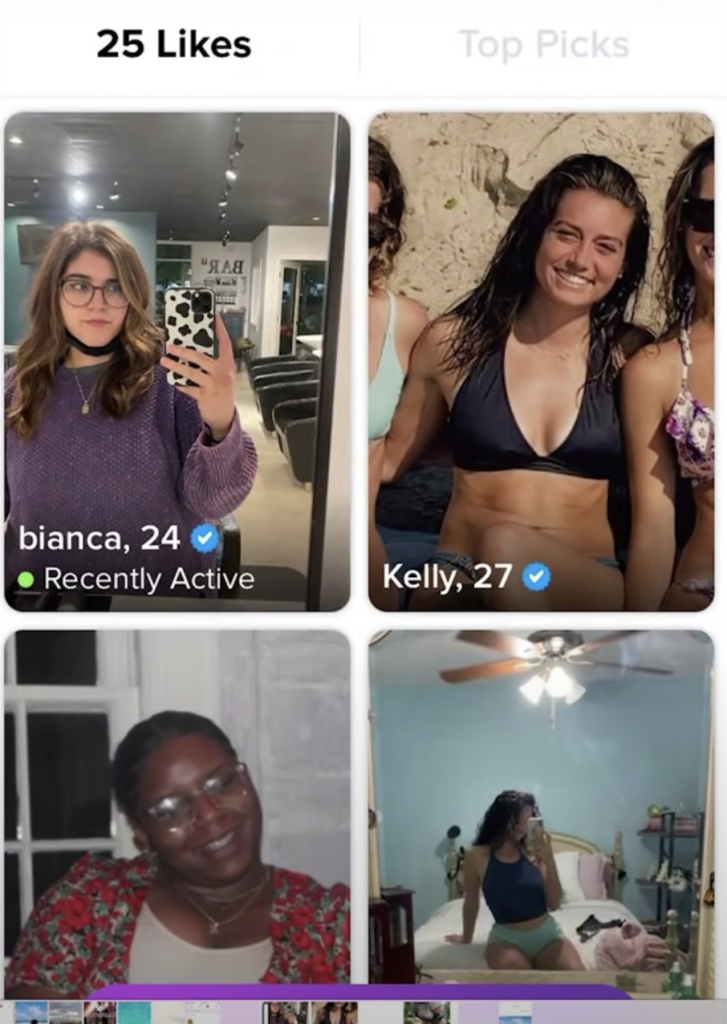 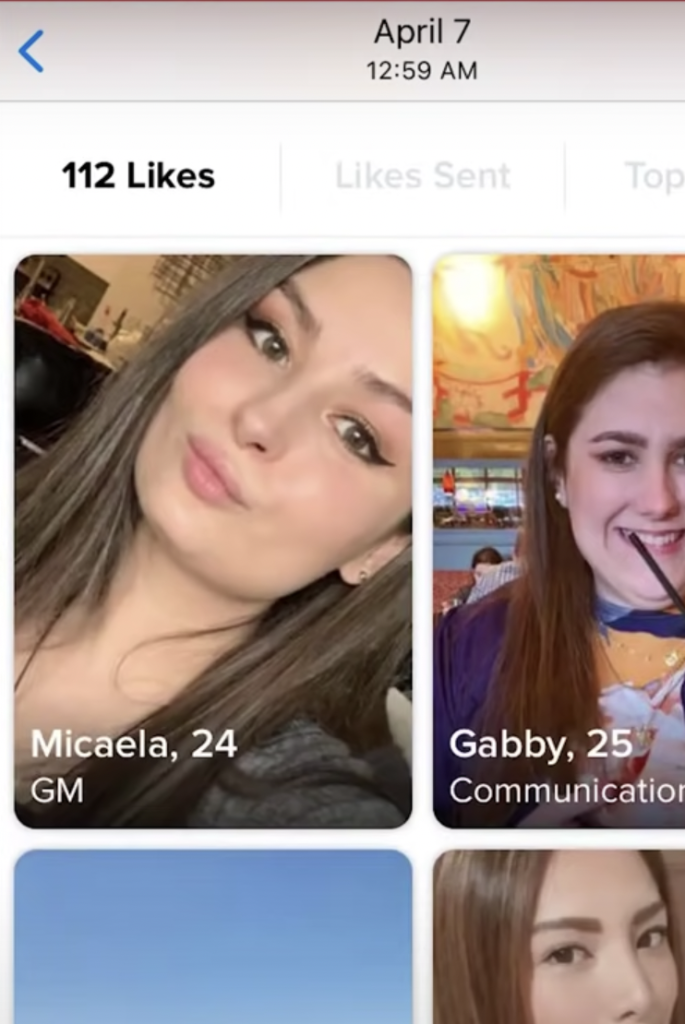 So What Does This Tinder Experiment Mean for You?

Yes, it’s a bit discouraging. But, it doesn’t take that much to be in the top 10% of guys’ profiles. Good pictures, an engaging bio, and having a good looks will get you there.

But, there’s still one huge place you can differentiate yourself!

It’s time for the big reveal. I’ll show you the common messages these girls received. This is proof as to why you need to put in the time to learn how to text, and to consume our content on how to get laid.

These are the messages the girls received. We swiped on the first 100 profiles which were shown from the queue regardless of the man’s SMV. There was no real distinction except that the average girl got lesser needy guys who didn’t follow up as much.

Summary: Lessons from This Tinder Experiment

So, what can YOU do to be better than the competition – and maybe even show up on the hotter Alexa’s matches queue? These are the most basic steps.

All in all, don’t let this data discourage you. Instead, realize the reality of the situation, and do what you can to outdo the competition. If anything, reading this article should give you more motivation to stand out and kill it in online game.