First, let’s get some important definitions out of the way:

There are two different angles you can take to handle shit tests: 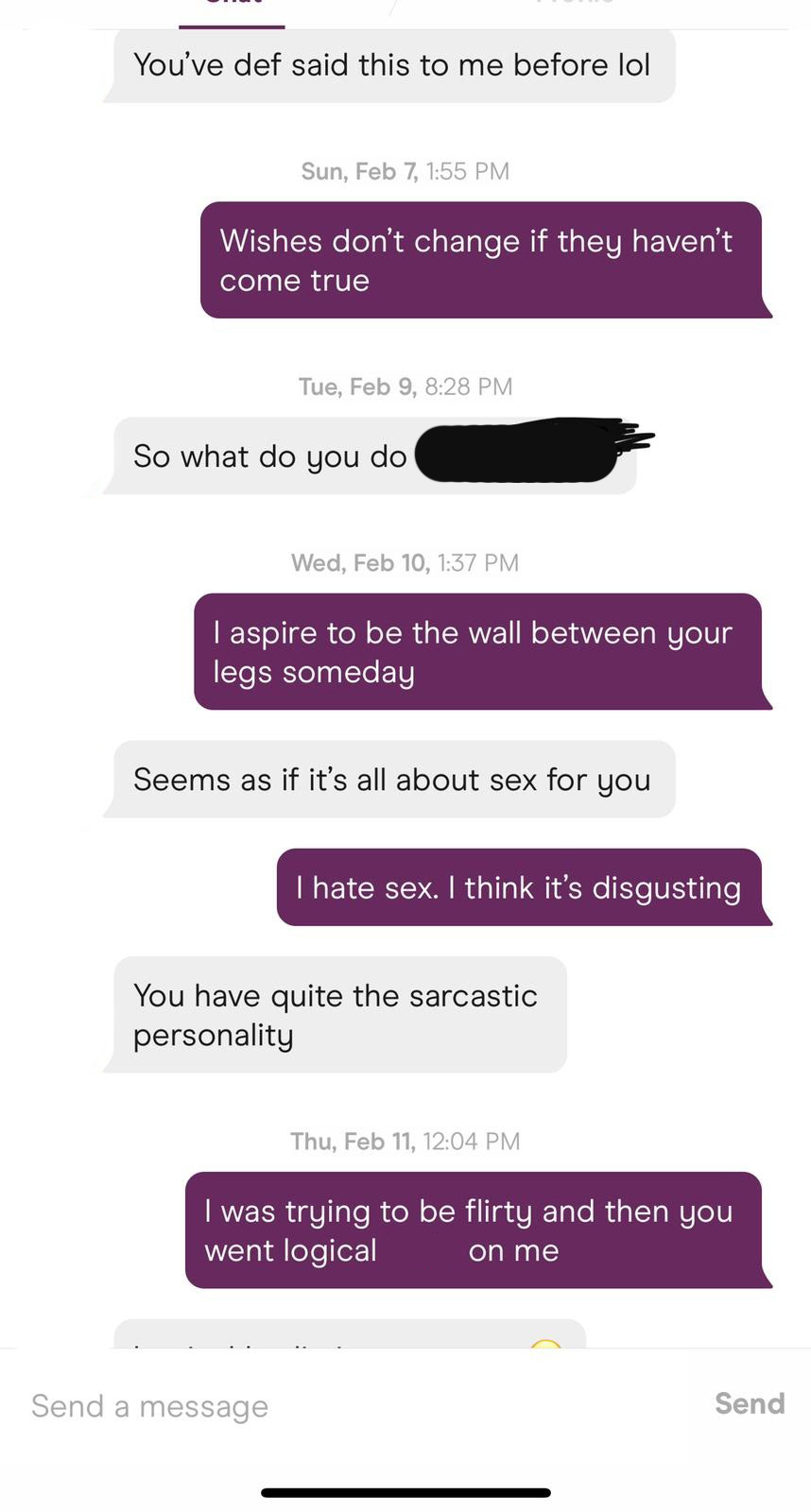 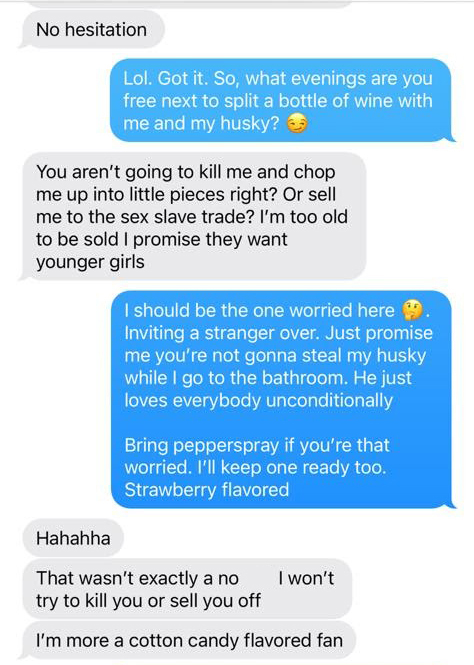 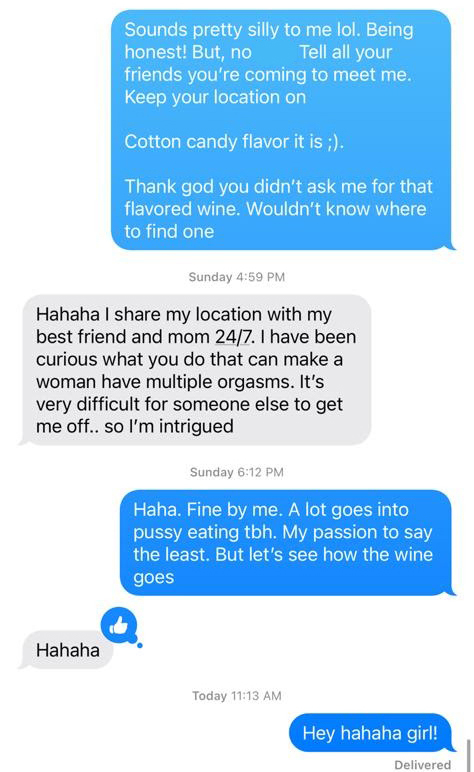 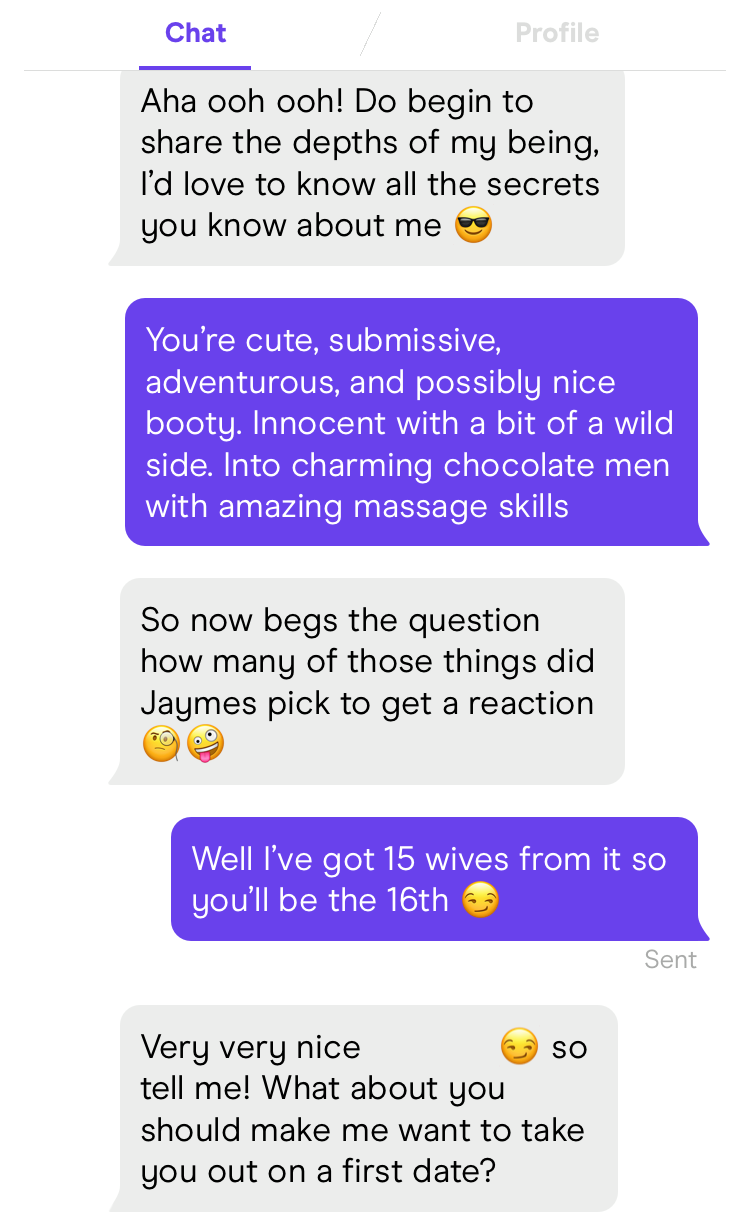 What he did right: He agreed and exaggerated playfully what she said without justifying himself. He didn’t get all reactive or butthurt. She reacts positively and soft closes him for a meet up.

Thankfully, he didn’t: Get logical or butthurt. The wrong answer here would have been. “I haven’t told this to anyone but you. You’re my only one”. This would have immediately led to her ghosting him since she knows it’s bullshit and she’d think he’s a man who doesn’t stand his ground. 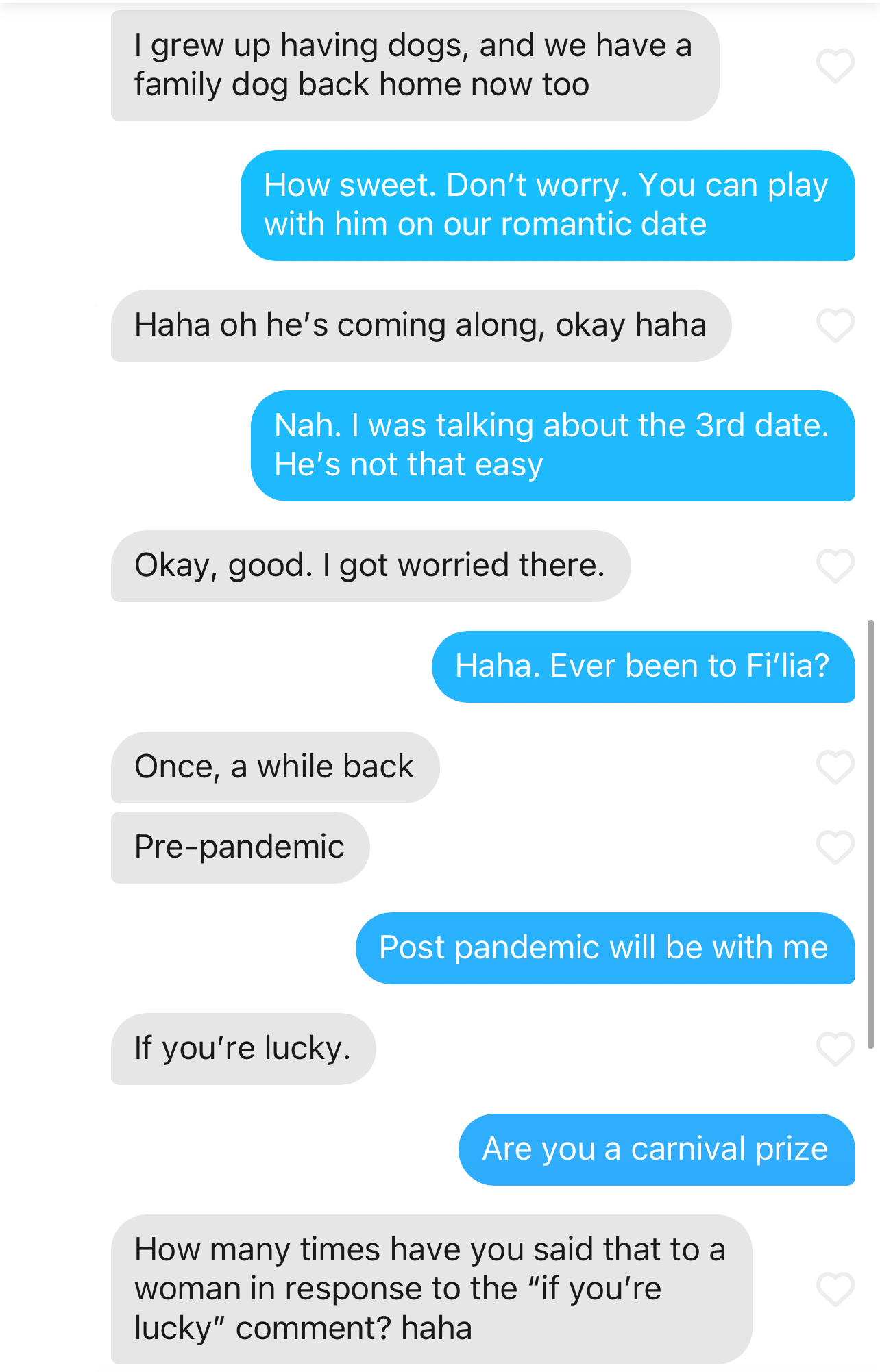 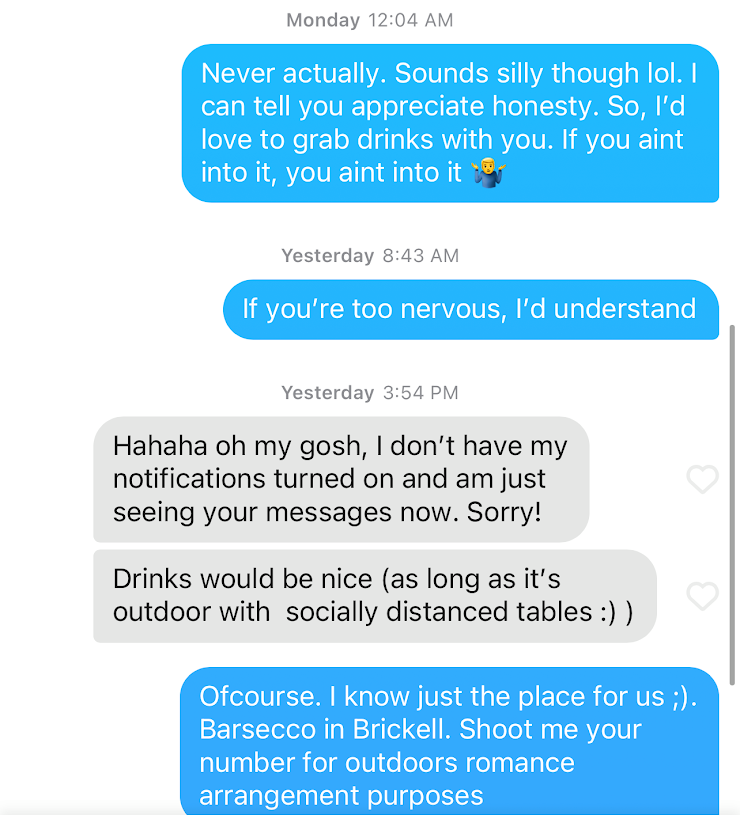 What he did right: He playfully called out if she were a carnival prize to her “prize framing” herself and that he’d need to be lucky to get her. Also, genuinely told her he’d be down to grab drinks and if she isn’t into it, she isn’t

Thankfully, he didn’t: Try to overtly steal the frame. If he had said “You’re the lucky one since I bring a lot to the table”, he’d have been ghostzoned quite quickly since it’s a bit of a mental battle he can’t come back from easily. 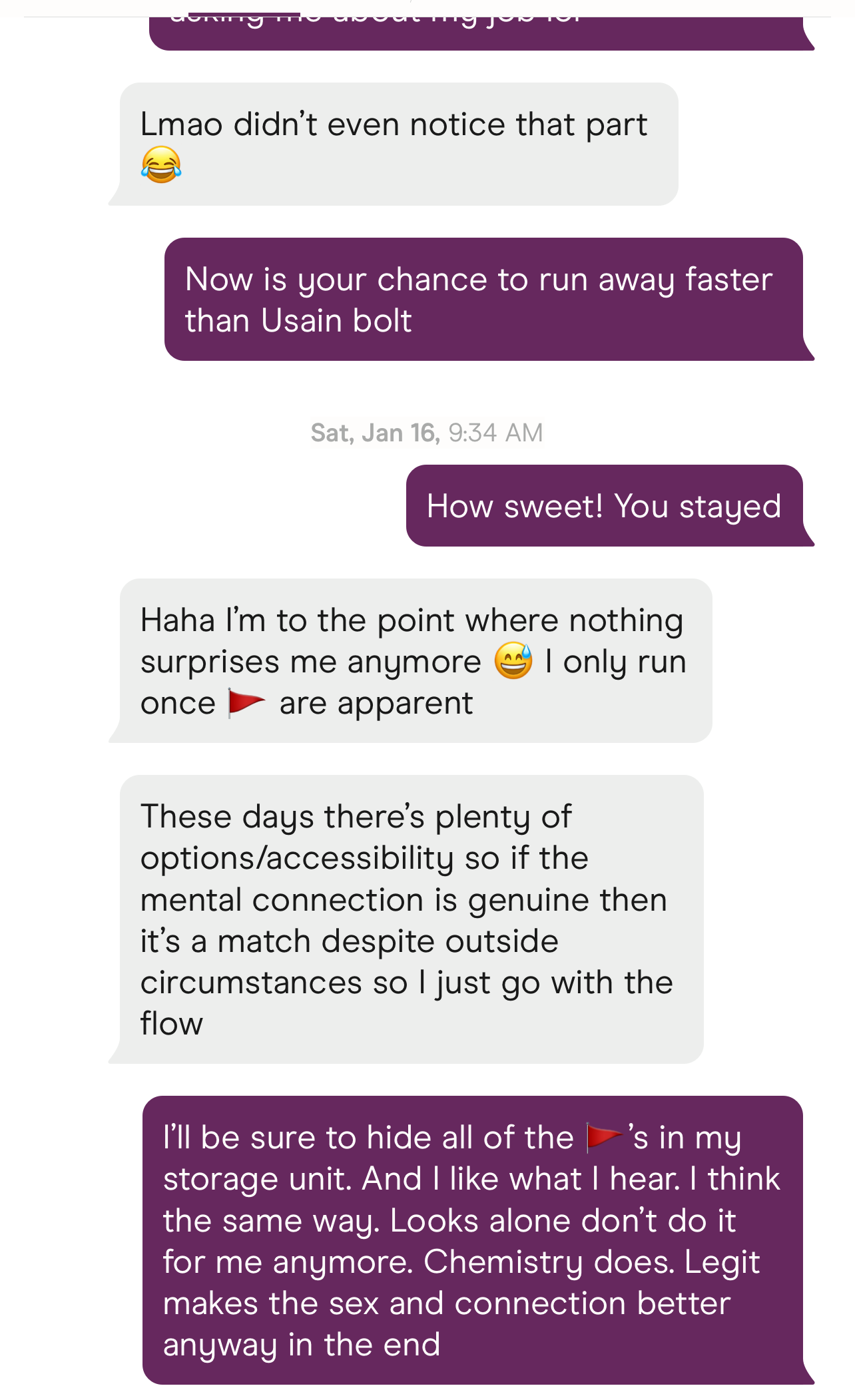 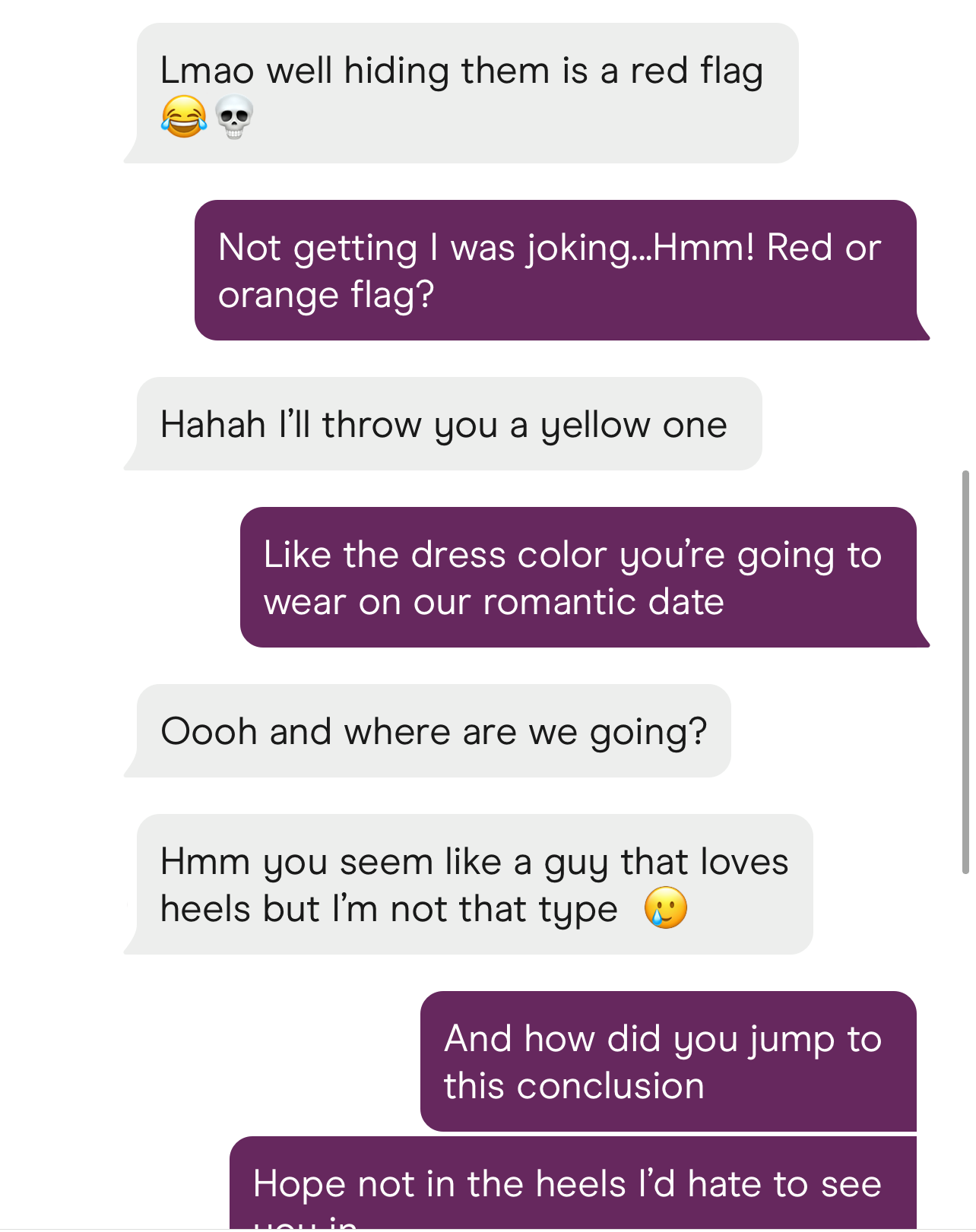 What he did right: He called her out on not understanding that he was just being playful. He stole her frame and said it’s a red flag that she doesn’t get his joke. She awkwardly defends herself and then asks about the date

Thankfully, he didn’t: Get too logical and say something like “I have no red flags. If anything, I’m a great guy and you’re the one who has red flags for not taking this as a joke”

As you can tell, there’s an emotional component to these tactics where the girls are happy if the man shows emotional strength and the attraction goes up. If you get too logical, they instantly get turned off and move on to the next guy

Handling Concerns and Objections Over Text

For concerns/objections, you HAVE to handle it with a genuine tonality since if you joke around an obvious concern, it’s interpreted as lack of social intelligence and the girl will quickly cancel plans to meet up with you 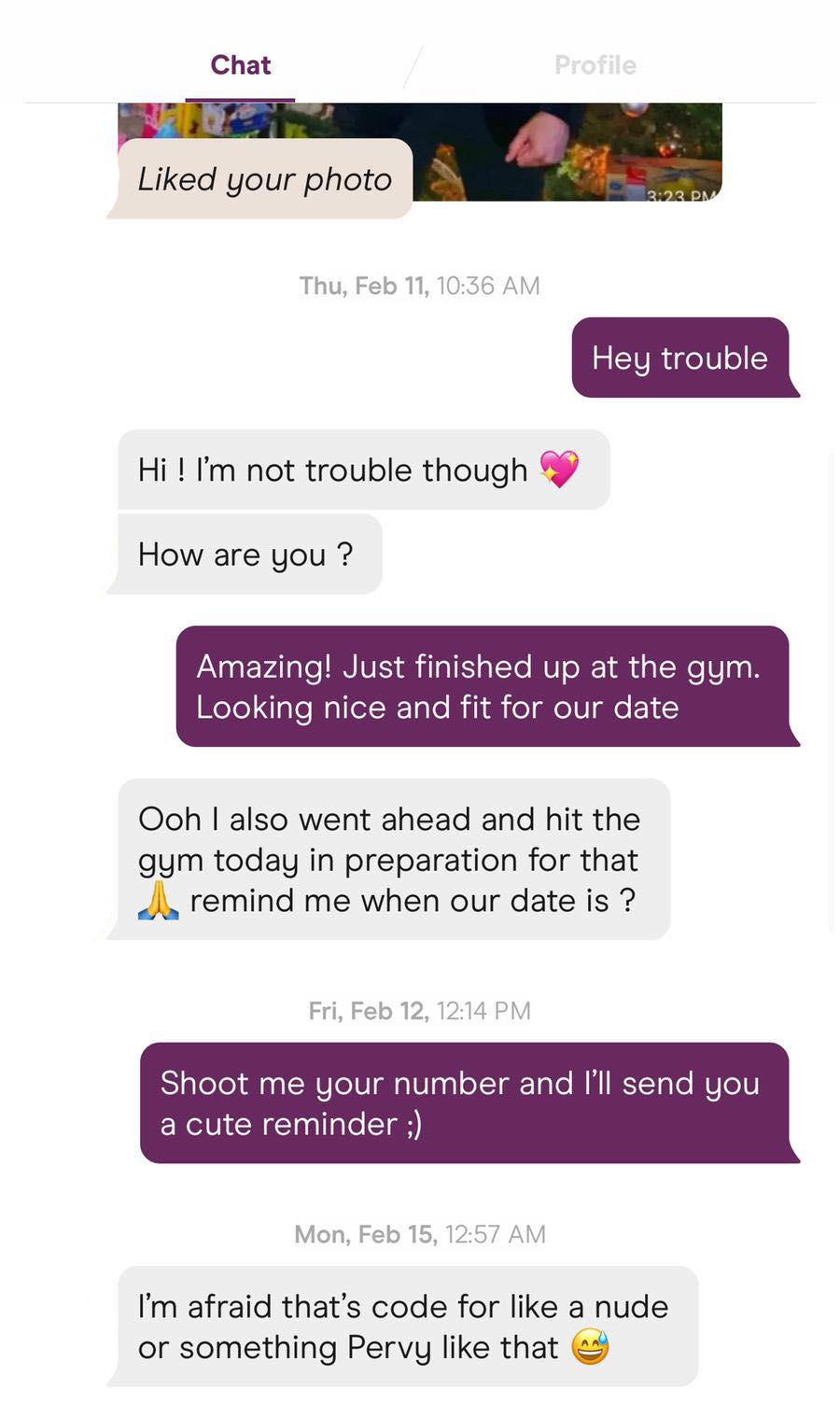 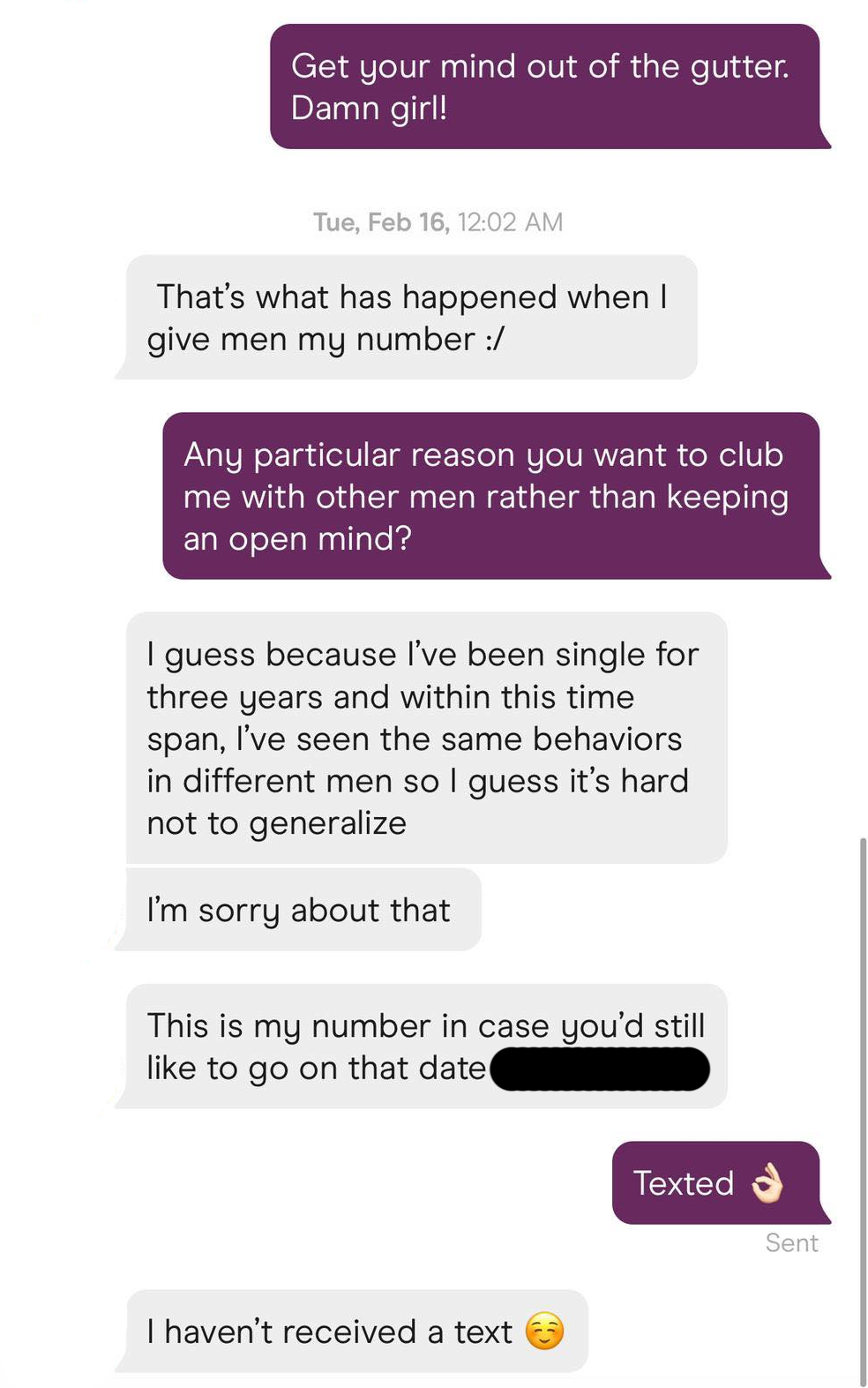 What he did right: She has a concern that she might receive a dick pic if she gives him her number. She is legit under that impression due to her past experiences. She is being a bit judgemental of him. He turns it around with “Is there a reason you’re clubbing me with other men”

Thankfully, he didn’t: Joke around with “Lol. I don’t think you deserve my dick pic yet. I was just going to send you a picture of a flower. Don’t give me your number if you don’t want me to” 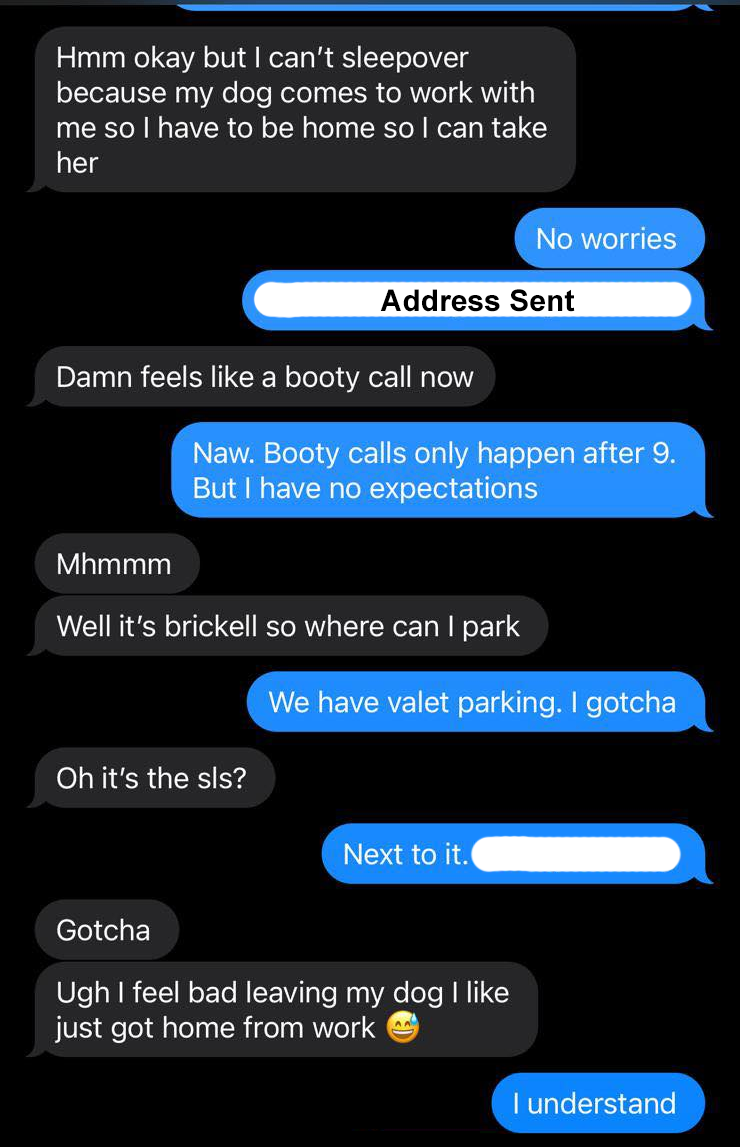 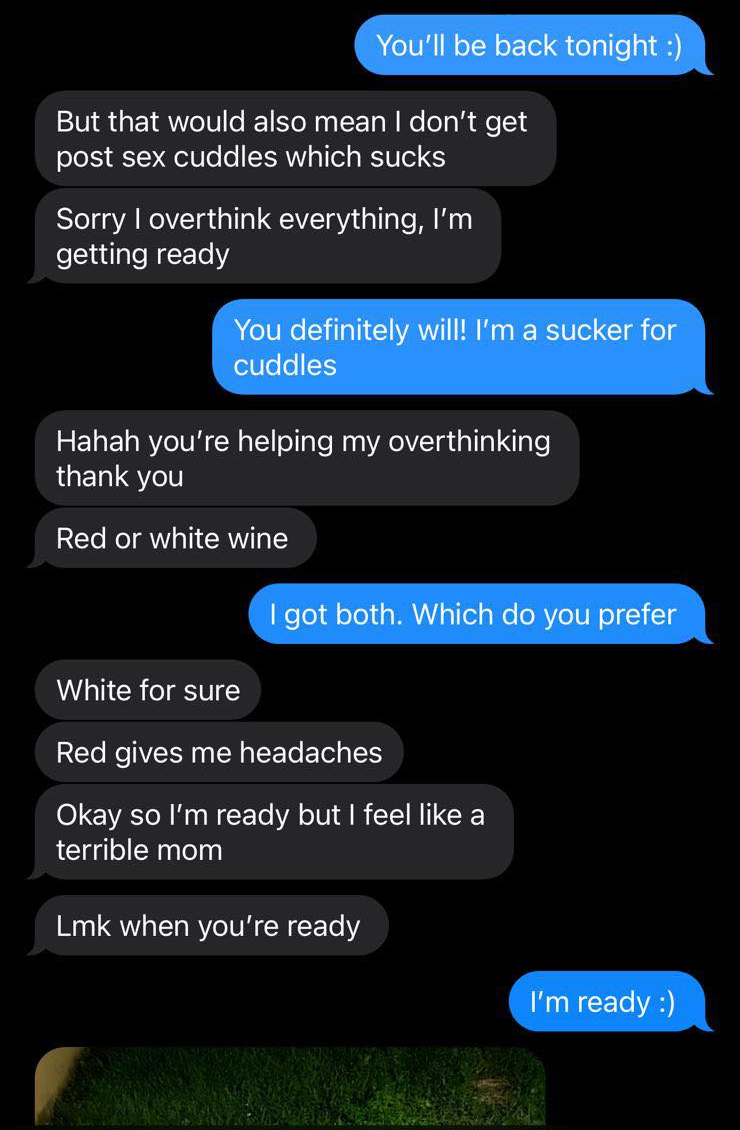 What he did right: When she said “Feels like a booty call now”, he just showed some empathy and reframed it as not a booty call for BS plausible deniability. When she showed another hesitation with “That would mean I won’t get the post sex cuddles”, he said that he likes them and she can’t leave without getting them

Thankfully, he didn’t: Just say “Yes. It’s a booty call”. The “Am I a slut?” voice would have kicked in and she’d have dropped him in a heartbeat.

It’s difficult to objectively look and distinguish if it’s a shit test or a concern. Both of them may get you riled up. But, if you put yourself in her shoes, and understand that it’s different for a woman to look at sex the way we do, then you’re putting yourself ahead of a lotta men