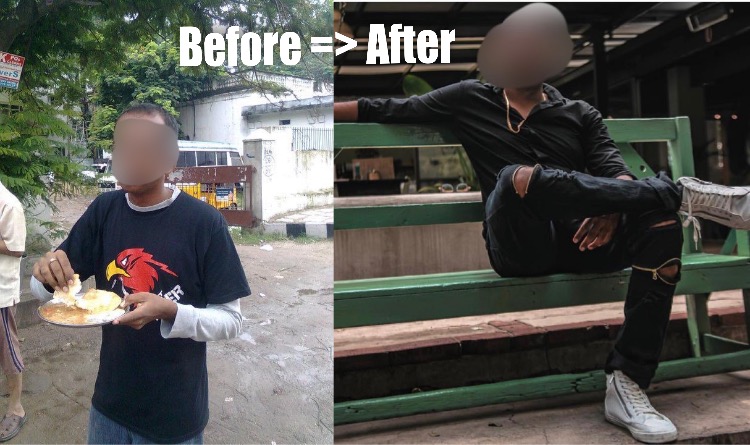 Namaskar my fellow Indians (And anyone who’s reading this guide; Minority or not)

I want to share with you how I managed to overcome the stereotypical disadvantages us Indians have to sleep with those hot white women we desire… the ones that just a few years ago, I could barely dream of being with.

To begin with, a little bit about myself. Virgin till 26. Lost my hairline by 21. Just an average looking skinny fat Indian dude who grew up in a middle-class family. Watched way too much TV for my own good. But I always had this dream. The dream to go to America to slay some hot white blondes (the American dream for an average Indian IT guy). For a long time, though, I had accepted my fate that I would get arranged married to an Indian fatty who I know nothing about. Have 2 kids and get a mortgage for that white picket fence lifestyle.

Good thing Youtube was still popular among us Indians. One day, I stumbled upon RSD Tyler and his videos on how to strike a conversation with strangers (women more importantly). I had already moved to the US to do my masters and started my IT career at this point. And then it dawned upon me. That I may not have to get stuck in a mediocre life where I do nothing but go to my job, come home to my unattractive wife who does nothing but cooks me the same Indian food every single night

And that’s where my journey began…

I started doing cold approach. Used to have 2-3 shots of alcohol so I could at least go open these girls. I had no clue what to say, but I was very into RSD back then, so I said the first thing that popped in my head. The girls would laugh but would have this look on their face “So.. what next?”. That, in and of itself was a big thing for me. My friend circle was mostly Indians. I didn’t have a white guy as a friend to ask him what I could be doing to carry on the conversation.

My next focus at this point was to try and meet white guys who were good with women. I was offered a remote job, so I could live anywhere in the country and work from home. This is when I decided to move to Vegas and start meeting cool guys who actually had a grip on this. Before you know it, I was able to achieve some success. Both through Online and cold approach

But how did this happen? I’m clearly average looking. Never had a serious girlfriend. I always got friend-zoned in college and scratched my bald head on how to get out of it.

I’m going to try my best to dissect all the mindsets I learned over my years in-game to at least get to a point where I can attract a girl by striking a conversation.

I REPEAT. I’m an average looking guy, so don’t be making excuses that I’m quite good looking and the Game gods are on my side.

Which brings me to my first point:

We Indians definitely are a peculiar race where we love having shortcuts to success. I would argue that it’s just our upbringing that we find ways to make shit happen with the least effort possible. I’m letting you know RIGHT NOW, this will be a long and brutal journey yet…very doable. Kill your EGO to begin with. Stop saying to yourself “Eh! No white girl likes Indian men”. Well, there is a little bit of truth to that. But, that’s because most Indian men get very creepy and handsy with the women in a nightclub. Getting super sloshed and just trying to get that one stupid girl to grind on them, that kind of thing.

I’ve had countless women tell me that they find Indian men attractive, but they think we’re quite weird. That’s basically because we talk to women very awkwardly. No smile on our faces, we seem like our soul died in World War II.

Well, this is quite a broad topic. But I’d highly recommend not having filters. Always observe, watch people. Talk to complete strangers. Compliment them. Talk to the cashier at Starbucks. You’ll slowly get the hang of it. It took me a while to not be awkward but I was able to do it after constant repetition. Watch A LOT of American TV. If you have an urge to watch Bollywood or Power Star Pavan Kalyan movies, STOP IT right now! Watch a HOLLYWOOD (non-scifi,70’s classics) movie or a famous TV show.

Shows which helped me come up with topics relevant to American Culture:

Now, this is big. We all have our besties we hung out with a lot during our high school days. We still laugh our asses off whenever we speak on the phone even for just a few minutes. I do not doubt how funny some of us can be. The only problem is, we think that our sense of humor won’t be relevant to the girls here. That’s why, when you watch the above TV/movie recommendations, make sure you try your best to pick up on the humor. Watch it again and again so it cements in your head

4 – The way you speak and overcome the accent:

This is another huge factor why the girl you spoke to didn’t understand a single word you said. It’s okay if you have a heavy thick accent, but you have to make sure you speak RETARDEDLY slow. On top, being extra loud so you can overcome the shortcomings which piggyback on our thick accent. Make sure you have a smile and maintain relaxing eye contact while you do so.

The Indians or any minority for that matter, are usually the ones who are lazy af, can’t even switch on the fan in the room without complaining. Again, drop your excuses. Work out, go to the gym, have a good routine. Diet. Make sure you eat well and your breath doesn’t smell. Focus on your hygiene and grooming. A lot of guys who don’t stand out in a nightclub are usually the ones in the club who just have terrible posture or body language.

Train in some martial arts or BJJ to build some endurance and a good posture. Focus on embracing the latest fashion. First impressions go a long way. And fashion including a good posture can put you miles ahead of an average white guy or someone she usually prefers over you.

For example, in the PWF Mastermind, we have this member who lives in Mumbai, and he’s been around with us since the Dawn of time. He literally gets 3somes and 4somes in Mumbai because of his physique and his groundedness. He’s a fitness trainer but when you speak to him, he never makes excuses. Has 0 ego and always is willing to learn things he feels like he lacks knowledge in

When it comes to fashion, it starts out with a very simple rule: DO NOT dress up as an IT guy. What I mean is things like loosely fitted shirt OR pants. This will automatically make the girl profile you as someone she would never even let look at her. Focus on getting tailored attire suits your fit. That extra care communicates that you’re aware of how you need to come across, and builds a massive amount of passive attraction. I used to wear a lot of flannel and checks shirts, which would get me profiled as an IT guy instantly (major DLV!). Now I wear a plain t-shirt/shirts with a jacket, which enhances my shoulders a bit.

Hire a fashion designer when it comes to this if you can. Come on! If you have money to buy Blue label 1L to drink with friends, you have money for this. This is just a way of investing in yourself and the lifestyle you’ve always dreamt of.

It’s easy to fall into the platonic trap but you have to focus on thinking about sex 24*7 that you can effortlessly bring up a topic around it. Learn from Gabriel Grey and SQL when it comes to communicating your masculinity and playing the effective technical game.

The more comfortable you are talking about sex, the more it communicates that it’s quite normal to you. That it’s part of who you are and that you’re not apologetic about showing your intentions

Go through some of our Textgame LR’s to have a good grip over sexualizing with women. You will have a fear of escalation to begin with but with more and more references, NOT sexualizing will give you anxiety.

Some go-to lines for sexualizing are:

“I’m imagining some dirty things right now”
“I’m usually not wrong, but I can tell you have a really nice pussy to eat”

Complimenting their physical features in a non-creepy way is also a great start to learning how to get comfortable with this. Lips, neck, booty, legs (low barrier of entry).

Lastly, nothing is impossible. If an average looking Indian can get laid, YOU can get laid. I wish you guys all the best. Let me know if you have any questions. And I’ll do my best to answer 😉

How to Be a Dominant Man (In and Out Of Bed)

Frame Control Explained: How to Master It Over Texting (Examples included)