My quick summary on Getting Laid In Europe

I spent slightly over three weeks in four different Countries (Finland, Poland, Romania, and the Czech Republic). During that time, I banged 14 new girls. One from Day game. One from Night game, and twelve from Tinder. Obviously, Europe is huge and there can be A LOT of differences between individual countries (I.E I got 20-40x more matches in Poland then Romania). However, my overall conclusion is that Europe, in General, is very good for Tinder, better than America for sure.

The main reason for this is I think is reliability/lack of flaking. If you make plans with a girl in Europe, she is quite likely to show up and show up on time. This was extremely refreshing after spending half a decade living in Los Angeles (likely the flakiest city in the world). It was like experiencing two polar extremes. La, where literally 3/4 women flake and when they do show up its almost always late. Compared to Europe, where the flaking isn’t even really a thing (The whole time, I was in Europe I think I got flaked on once and she texted me a few hours later apologizing)

Of course, not all of the U.S is nearly as bad as LA (btw, my female friends/ex-fuck buddies there often have the same issue). Other cities are significantly better, but still flaking is very much a real thing in America. In Europe, it really isn’t. I absolutely loved that. I know that I can get a woman interested in meeting me on Tinder and I know that once we get together I have a good chance of fucking her. However, I can only do so much to get a Flaky LA girl to put her Instagram down long enough to show up, especially when she doesn’t know that her phone has a “talking” function.

I could do a whole article on the reason for this difference. In my opinion, it mainly comes down to cultural differences. It’s not like American women genetically evolved in the past century to flake. It’s just that our culture doesn’t prioritize reliability and honesty. In LA a girl might tell all her friends how she was going to hang out with a guy, but then decided to watch Gilmore girls instead and get validation. In Europe, she might get weird looks. I also think European women know what they want more. If they got tinder, chances are its because they want to meet a guy in some capacity. In the U.S, it could be that, but equally as often it could be just for validation with zero intention of ever meeting anyone. Unfortunately, validation seeking is deeply entrenched in U.S culture… both for men and women

Here are some other random observations:

1) A phone number is slightly more of a “big deal” – In the U.S a girl will give her number to anyone and everyone. In Europe, Girls are a little more hesitant to give out their phone numbers i found. This is why it is crucial to have a reason behind asking for the number. Also, if a girl doesn’t offer to give out her number, in the U.S that almost always means she is a time waster and has no intention of meeting up. In Europe, I found that’s not necessarily the case. A few of the girls, I met up with and banged did not give me their number.

3) Being “American” doesn’t mean shit – After a decade of horrible press, being American is no longer “cool” and doesn’t score you any DHV points like it does in South America or South East Asia. (This, of course, is probably not the case in very Eastern Europe like Ukraine, but I haven’t been there yet). However, there is a fortunate caveat. Being from a “desired” American city (New York or Los Angeles) does score you major brownie points. I would often subtly slip in that I was from New York into my Tinder convos (It’s very easy to do, go through my lay reports for examples) and the reaction was almost always positive. The same thing would happen with day game/night game. 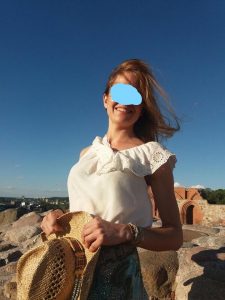 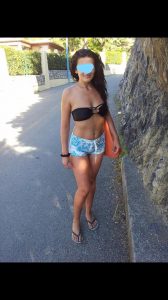 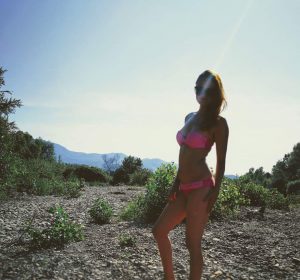 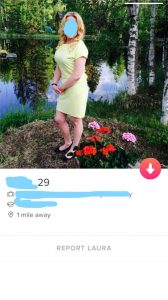 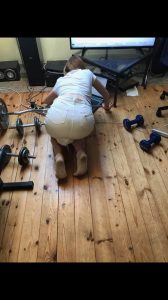 The FuckBoi Manifesto: Why You Want to Be One (And How to Do It)

My Inner Game Journey – and How It Can Help You

What is Last Minute Resistance (And How to Overcome It)