Step 1: find and bang an attractive girl who is bi

(If you have a booty call who is already interested, then completely skip this step)

Now for the first girl (i.e your main girl), I like to set it up as a “fuck date” meaning she comes over straight to my place to bang, but I don’t explicitly ask her if she is bi over text or mention a threesome. That’s not to say you can’t do it that way, but Id rather get her excited about the in person after she’s been fucked. First, because It doesn’t potentially jeopardize the lay. And secondly, because I know i can do a much better job selling it and dealing with possible concerns when she’s laying naked next to me. 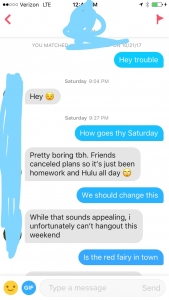 Start with my usual opener and just banter a bit. She tells me her day is boring (usually when a girl says that on tinder it means she is looking to meet up asap) so I jump on that and tell her “we should change this”. She responds by telling me that it sounds good, but that she “can’t hang out this weekend”. A lot of guys might be confused by this, but after years in the game i know it likely means she is on her period. Why else would she be “bored at home”, but “not able to hang out”. I respond by straight up asking her to confirm my suspicion 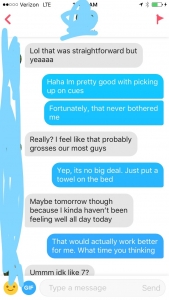 I am right. Vast majority of girls don’t mind having sex on their period, they are just worried that the guy will not like it or freak out so the key is to convince them that you 100% could care less. I communicate that to her and we get into logistics. 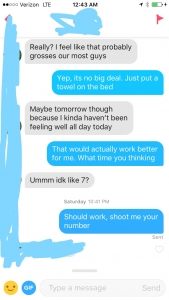 Super straightforward. We set up the date (After the period discussion, its very much assumed that this will be a fuck date so no need to screen more) and then I get her number 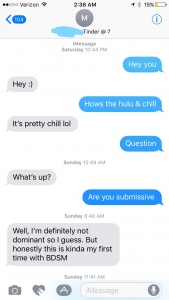 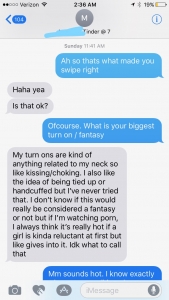 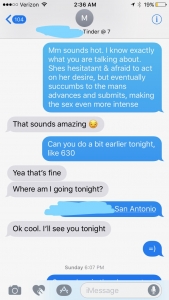 Whatever answer the girl gives me, I draw on to paint the picture that I will be the perfect guy to fullfil all her fantasies/desires. It works and she responds positively. The day of, I ask her if she can come earlier (Not sure why, I think i might have had a different girl planned for later in the evening). She asks me where I live and I give her my address 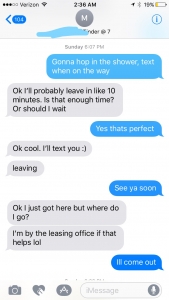 I send her my “half hour before the date confirmation” text and she confirms. The rest is just coordinating logistics here. I meet her outside my apartment and she looks just like her pics. 5’6 or so, super skinny, pretty face and an overall artsy look. We go inside and I pour us both a glass of wine. Super straightforward, chat and flirt for 10-15 minutes. Start escalating. Rubbing her legs. Longer eye contact. Brush past her hair. She is super receptive so pull her in and start making out. Then pick her up and carry her to the bed to smash. 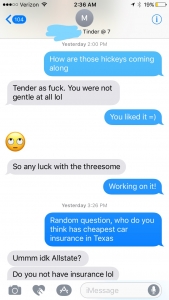 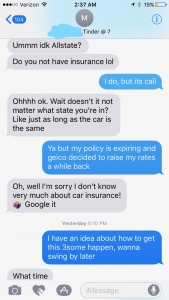 She is being a bit sassy, but i let it slide because she is complying. Then she randomly gets into a car accident (she really did). I first try to figure out if she is actually hurt. Fortunately, it is just a fender bender 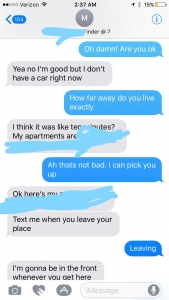 She verifies that she is not hurt and I offer to pick her up. She agrees. Now that I have my “main” girl on lock, I focus on finding the “secondary” girl.

Step 2: work with your “primary girl” to find and convince a secondary girl

The mistake I think a lot of guys make with going about threesomes is that they try to get both girls at the same time. In my opinion that significantly lowers your chances of success. There are just too many factors outside of your control. It is much better to find and bang one girl first and get her completely on board then work together as a team to get the second girl over. An extra step, but odds are way higher. 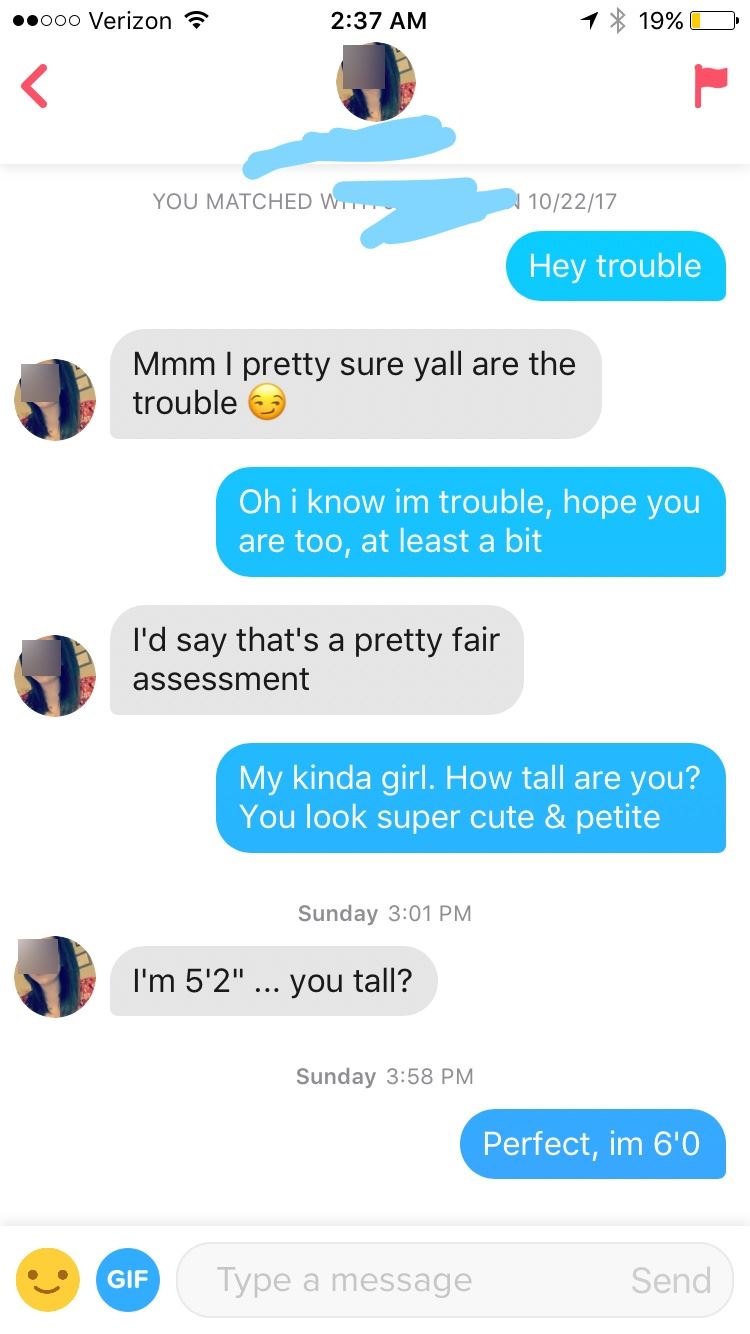 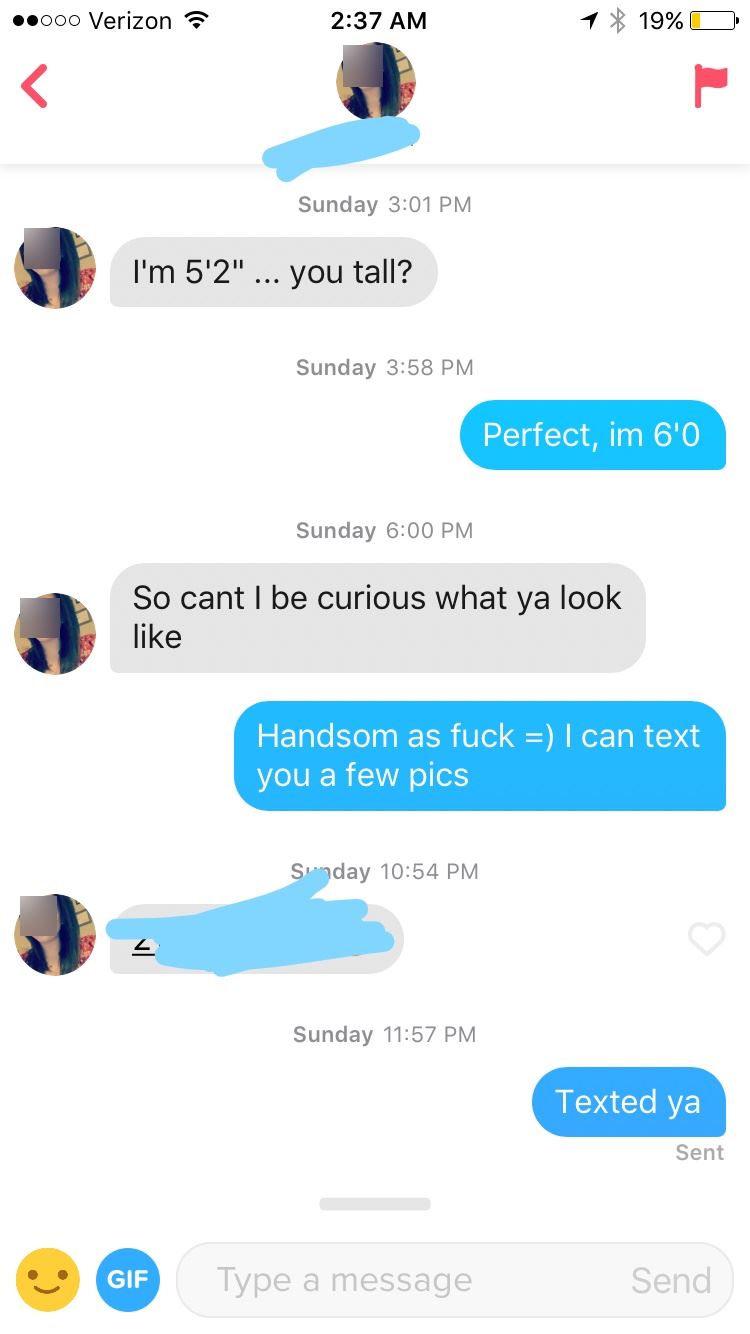 Standard opener, just banter and building a bit of rapport. She asks to see my face (common with the sex account) and I use that an excuse to move things forward to text. 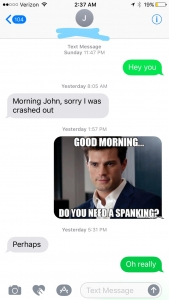 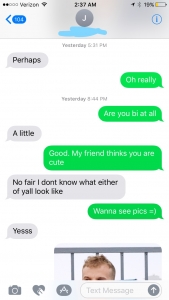 The convo was initially pretty slow over text. She was giving me a lot of one word responses. When my “main girl” came over that night I mass texted “Are you bi at all” to every girl I was talking to on tinder. (Side note, its actually not a bad text to send in general. I had it pretty much resurrect another number that was dead who I banged by myself the next day)

The girl responds positively and I follow it up with another text i like “Good. My friend thinks you’re cute”. I don’t like to say girlfriend or anything like that, because I think that comes off more intimidating for the secondary girl and thus increasing flaking. She responds by asking for pics. I send her my best face pic as well as the best face pic of my “primary girl”  (excluded for privacy reasons) 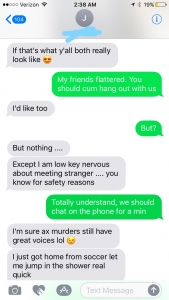 She is definitely intrigued now. But then when I suggest her coming over, she gives me a hesitant response. Again, this is where experience comes in, I can feel based on the vibe that she has a concern of some kind so I decide to dig a little bit. She tells me she is worried and I suggest a phone call. I know that me and my “main girl” can convince her on the phone super fast 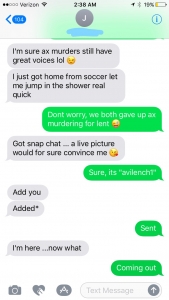 She gives the “what if you are a murderer” concern. Very common. The best response I found for that is reassurance with humor, but telling her that “She’s good, because I gave up (murder/kidnapping/organ selling/etc) for lent”. However, followed up by her next response it is clear that her concern isn’t actually safety but actually getting cat fished. She insists on snapchat and me and my “main girl” take a picture together. 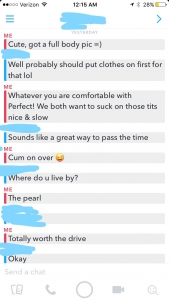 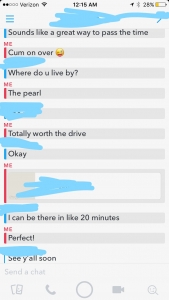 She sits on the bed, i pour everyone a drink, and the girls start chatting about random shit for a few minutes. I interject a bit here and there with some jokes, but generally just let the girls vibe a bit. Once, I can tell they are both comfortable with each other (less then 10 minutes), I start moving things forward. I comment how my “main girl” was saying how much she loves her big tits. (referencing the snap) The other girl  says thanks and I suggest that my “main girl” touch her tits. She does. Then I playfully say that the “Secondary girl” has too many clothes on and its not fair to my “main girl” who is half naked. The “secondary girl” then strips down to her panties.

From there its super straight forward, we both start playing with the “Secondary girl” big tits. Then we suck on them. Then the girls start making out. Then I join in. Then they start eating each other out, then I have them alternate sucking my dick. And so on. Unfortunately, I had a weird stomach pain and my dick was only half functional, but still fun. 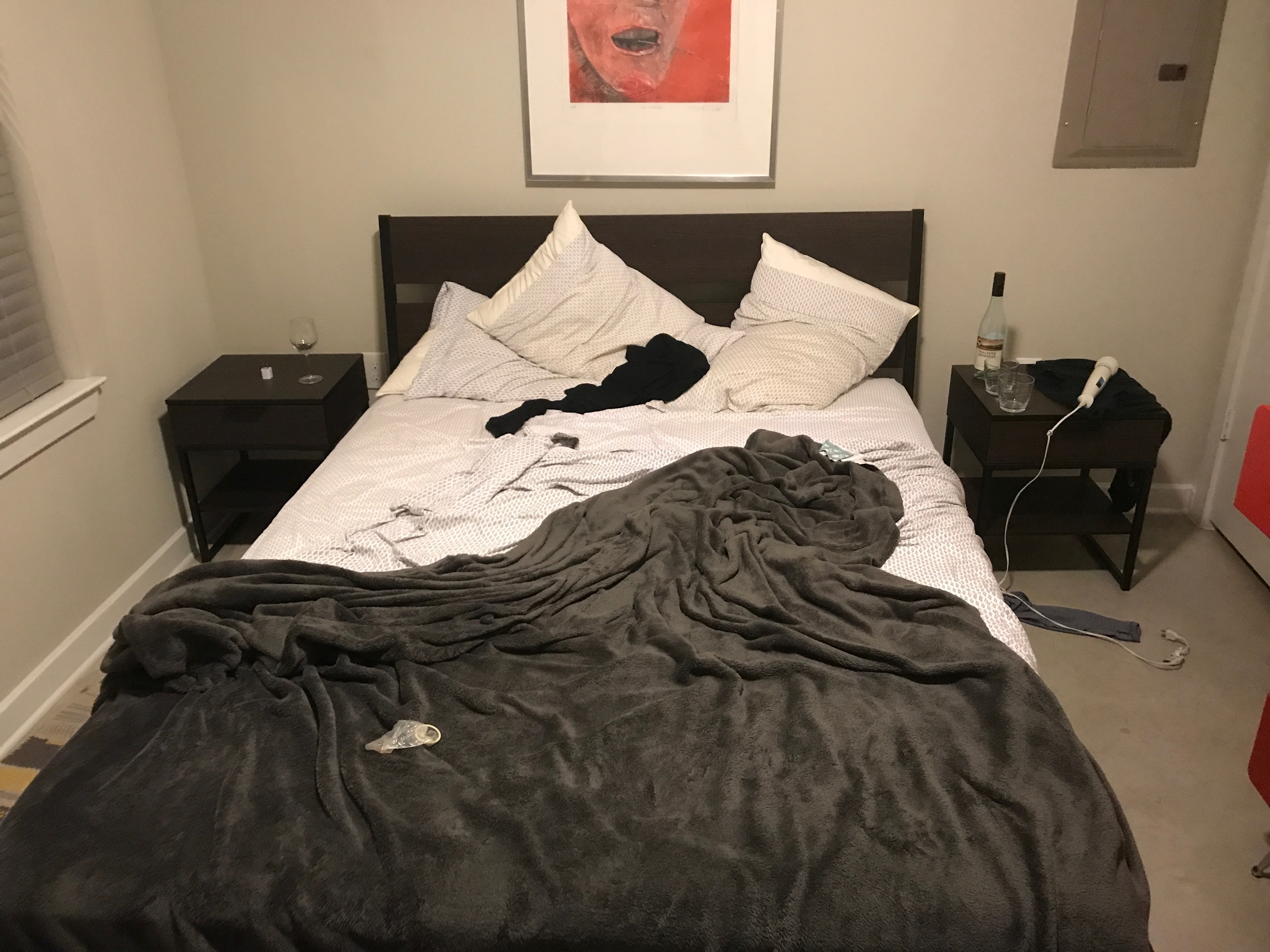 How to Become An Alpha Male

How to Develop & Improve Your Sense of Humor (by IndianPE)